Gains in Diversity at Apple Even Please Rev. Jesse Jackson 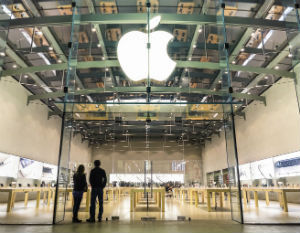 Apple made gains in the number of its women and minority hires, according to its latest diversity data.

Across the company globally, women currently make up 32% of employees. With new hires, women at Apple, worldwide, stand at 37%.

Minorities currently make up 22% of Apple’s U.S. workforce, and with new hires that number has increased to 27%.

Over the past three years, the number of women at Apple worldwide has gone from 31% to 37%. In the same timeframe, the number of minorities working at Apple in the U.S. increased to 27% from 21% in 2014.

In leadership positions, women are represented at 28%, blacks are at 3%, and Hispanics at 7%.

Apple also shared data on its participation in President Obama’s ConnectED initiative to bring technology into underserved schools. Since pledging $100 million to the effort, 29 states have received Apple ConnectED grants.

Holistic Approach seems to be Working

“We’ve made significant year-over-year progress,â€ said a representative from Apple. We’ve talked about how Apple takes a holistic view of diversity.â€

F0r Apple, it’s not just about the hiring of more women and minorities. “It’s about cultivating a culture of inclusion…and supporting and encouraging people who want careers in tech,â€ said Apple’s rep.

The Rev. Jesse Jackson, who has been a vocal critic of the lack of diversity in Silicon Valley, had praises for Apple’s gains.

“Apple is making major progress on all levels–at the Board level, James Bell. In the C-suites, Lisa Jackson and Denise Young Smith.Â  Its overall black and Latino employee representation–at 8%–is perhaps the most inclusive of any tech company. Hiring over 12,000 underrepresented minorities in the last three years. Over 28,000 women–that’s a big deal,â€ said Jackson in an emailed statement. He also called Apple CEO Tim Cook, “a visionary leaderâ€ who “clearly sees the value of diversity and inclusion.â€

“Apple is showing that a large tech company with 80,000 U.S. employees can move the diversity and inclusion needle. That stands in stark contrast to Facebook and other tech companies whose data shows that they have made little, if any, progress,â€ Rev. Jackson said.

“When we first launched CBC TECH 2020, I led a congressional delegation to Silicon Valley to meet with tech leaders, including Apple CEO Tim Cook. We have found Tim and the Apple team to be serious partners in addressing the lack of diversity and inclusion across the tech sector. This increase is a step in the right direction and shows Apple’s commitment to diversity, inclusion, and opportunity for all,â€ said Congresswoman Barbara Lee (D-Calif.).