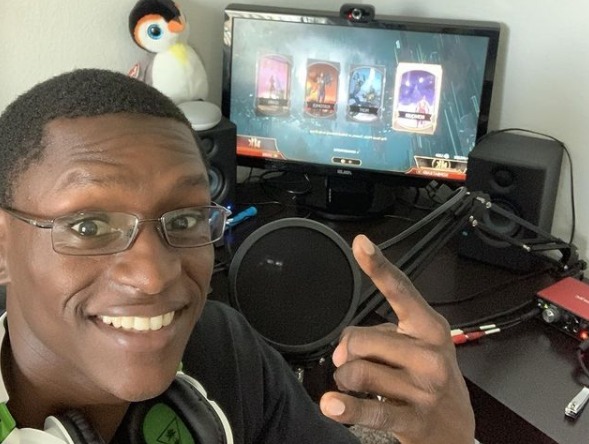 Ryan is a gamer who decided to hobby to raise money and awareness for sickle cell anemia this month. Instagram photo credit- @dacommoncold1

According to the CDC, 1 in 13 Black or African American babies is born with sickle cell trait (SCT). The inherited red blood cell disorder reportedly affects approximately 100,000 Americans. AfroTech reported that a video game streamer name  Ryan—who also goes by the gamer tag name “DaCommonCold1” online— decided to use his hobby to raise money for sickle cell anemia. He set a goal of raising $1,000 and will be accepting donations for the cause this month, according to AfroTech.

“I have two friends and an aunt who are affected by sickle cell. I had known about the disease for a long time but had never actively learned more about it. Once I started researching on my own, I noticed there weren’t many resources on the subject. I wanted to raise awareness and contribute for the people in my life who battle with sickle cell,” Ryan told AfroTech. “For a $1 donation, I’ll give a gracious ‘thank you’ on the stream. At $5, I do pushups on stream. There’s a whole spectrum of options. One person even donated enough to have me dance on stream to show my appreciation for their support.”

“My favorite games are everything zombie-related, indie games, games I can play with my viewers,” Ryan said.

The gaming video enthusiast is touching upon an important health issue that still appears to be under-discussed. Fortunately, other gamers are periodically using their gaming platform to also raise awareness about sickle cell anemia.

In 2020, The Oakland Press said that during a 24-hour charity stream, Phillip Shaun DeVone and Miles Bond raised nearly $2,000 for the Sickle Cell Disease Association of America’s Michigan Chapter Inc.

According to the report, soon after  DeVone and Bond met at Oakland Community College’s Orchard Ridge Campus, the friends discovered that they both live with sickle cell disease.

“This disease affects mostly minorities—people of African, Latinx, and Middle Eastern descent. For that reason, the disease isn’t talked about very much. The disease is extremely painful and even kills people,”  DeVone said, during the interview.

You may leave a donation or message for “DaCommonCold1” via TWITCH, or you  may connect with him through Facebook.