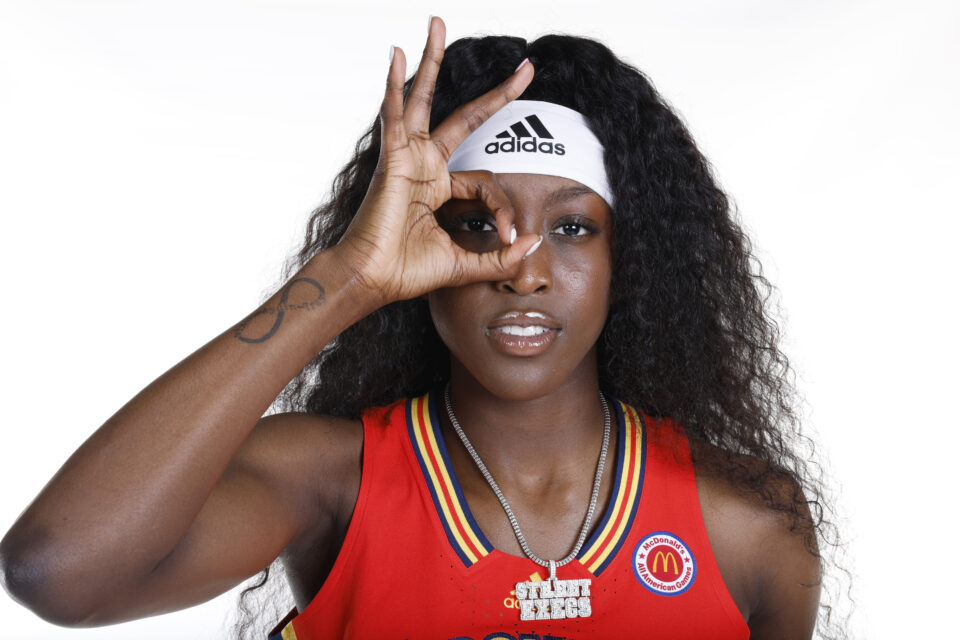 Flau’jae Johnson, the self-proclaimed “elite two-way star in hip-hop and hoops,” has signed a show deal with Puma family. The partnership comes before the freshman at Louisiana State University has even played in her first NCAA game.

It’s a situation. Big 4️⃣ is here. Welcome to the fam @Flaujae 🐾 pic.twitter.com/0Y3KJfaBmM

Puma recognizes the 18-year-old, 5-foot-10 guard is a celebrity on her own, garnering over a million followers on social media who support her journey both on the court and off the court. As a rapper, Johnson inked a distribution deal with Jay-Z‘s Roc Nation, and maintains close ties with the likes of Master P, Birdman, and Boosie Badazz.

Announced A Puma Deal and Dropped A BTS Music Video In The Same Day.. Big4️⃣
“Phenom” out now https://t.co/o6EEprRXxr pic.twitter.com/Vr12fZXRCV

Last year, the NCAA allowed student-athletes to profit off their “Name, Image and Likeness,” better known as NIL. Johnson is on her way to becoming one of the highest-paid female athletes in collegiate sport history and she’s doing it her way.

“Being with a brand that had the same vision as me. I feel like me and Puma, we had a unique situation, Johnson told Boardroom TV. “Me [growing up] as a baller, you didn’t really see Puma in basketball. Now, they’re really rising up in the culture and you can really see it with LaMelo to Mikey [Williams], to Breanna and Skylar. To be apart of that new wave is just dope to me, and I knew that our vision would align.”

The Savannah, Georgia, teen was a four-star prospect and was rated as the No. 6 guard in the country by ESPN, Nola.com reported.