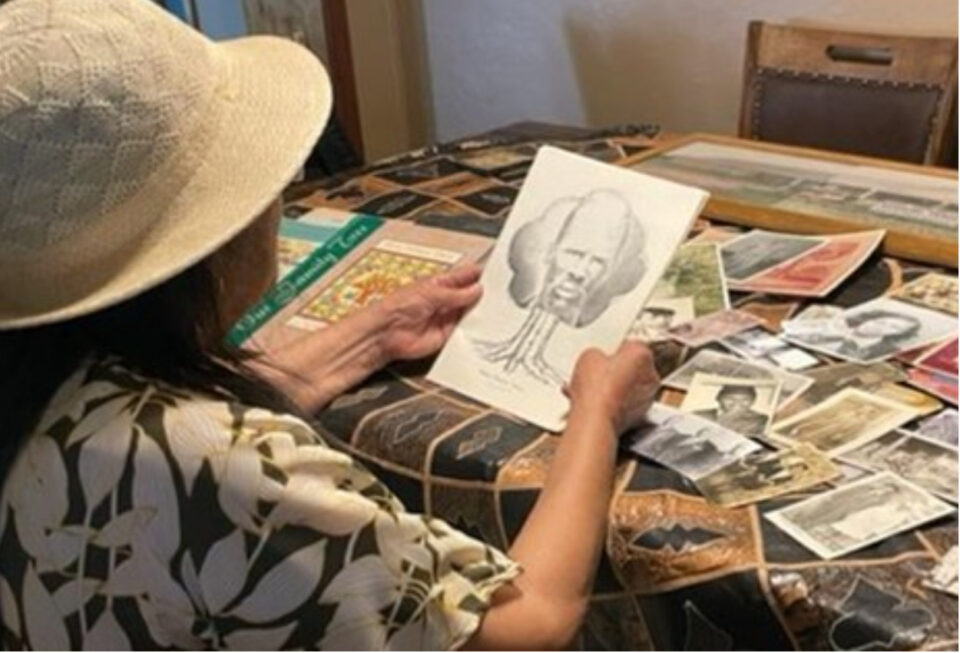 Dr. Antoinette Harrell, a genealogist and historian who is known for helping Black families connect the dots, is at it again. This time she has helped the Vernon family from Roseland, La. to better understand the history and legacy of their family and a town called Vernon Town that was founded in the 1800s by their ancestor Robert “Free Bob” Vernon, a former slave.

Consequently, he was nicknamed Free Bob in order to distinguish himself from his white father. The Vernon family has held on to their land, oral history, photographs, and records that hold the keys to their history in both Louisiana and Mississippi. This unique piece of history that may not be found in other local histories.

Free Bob’s father, Robert Vernon, Sr., taught his enslaved son about the importance of owning land. His father made a deal with him according to family oral history “if you clear and work this [160] acres of land, I will see to it that you get ownership.” With the help of his two sons, they cultivated 160 acres of land and built a log cabin house. His father allowed him to earn ownership of the property to become a freedman.

Over time, Free Bob became prosperous in real estate crediting his father for the success. With a new family, and his mother at his side, he accumulated at least 1,000 acres and as oral history tells it, it was up to 2,000 and 300 acres over years of hard work and cotton growth.

“Free Bob purchased land at four dollars per acre, and he secured the freedom of several slaves by obtaining them through sales from ‘their owners’ to grant them their freedom.”

Four of the acres were donated to a community for ‘colored folks’ to build a church; later named Canaan, a school, and a cemetery. However, Free Bob couldn’t read or write and only made his (x) mark. He believed that education was one of the keys to true freedom with land ownership. He gifted 100 acres to each one of his children as a true gift of freedom and to start with something of their own.

Today the church and cemetery are still on the land. After speaking with local historian Dr. Antoinette Harrell, she suggested placing a historic marker on the site to commemorate the history and legacy of Robert “Free Bob” Vernon. Vernon Town is an unincorporated town that many of Free Bob descendants still call home.

The Vernon family faced the many challenges in the deep south like many blacks face during slavery, reconstruction, Jim Crow, and the Civil Rights Movements. Challenges that could have deterred the Vernon family from building a brighter future for themselves, their families, and the community. But they persevered in the face of difficulty and triumph to reach their victories and success.

His descendants continue to carry on the legacy, some by preserving the remaining land, while others became successful professionals such as doctors, attorneys, educators, engineers, entertainers, religious leaders, elected officials, military personnel, etc. His second great granddaughter, Grace Walker, stated that such dedication inspired her to become an educator. In turn, that experience was passed along to her children which assisted in their success.

Rev. Riley Vernon was a prominent Christian leader along with other great community leaders and ministers of the Third District Baptist Association, Inc. formed in 1889. Later, they built “Good Samaritan Nursing Home” in Washington Parish, La. The nursing home continues to provide employment and professional care to those in need.

“Family history is a venue that can inspire and help in understanding one’s own identity, and it can foster one’s desire to discover his or her past,” said Madelyn Collins, the third great-granddaughter of Free Bob.

Robert “Free Bob” Vernon left a strong foundation for generations to come. Many of his descendants achieved the ‘American’ dream to prosper and gain for a successful future.

“If he was alive today, I would want to tell him thanks for all he did for me and our family.” said 80 plus year old second great-granddaughter, Grace Walker.