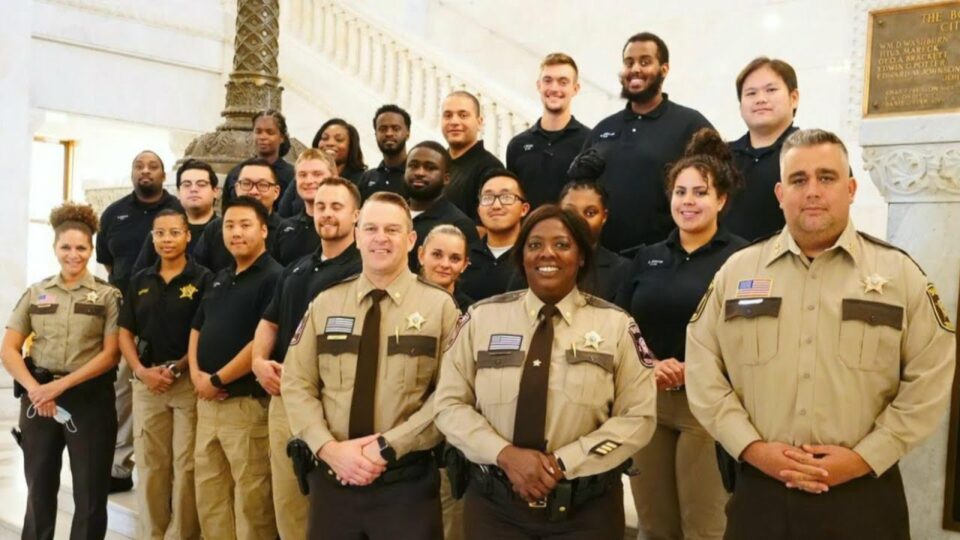 Hennepin County, the same county where George Floyd was murdered by former police officer Derek Chauvin, is set to make history by electing its first sheriff of color.

The three candidates running for Hennepin County’s top law enforcement role are either Black or South Asian, Star Tribune reports. It’s a huge milestone on the diversity scale, for a county where white men have served as sheriff since 1852.

They all come with extensive backgrounds in protecting and serving as law enforcement officials.

The candidates include Major Dawanna Witt, a veteran of the Hennepin County Sheriff’s Office; Jai Hanson, a South Asian American who has 20 years of experience in law enforcement; and Joseph Banks, the former police chief of Morton, Minnesota, and ex-acting chief of the Lower Sioux Indian Community.

The person who secures the post will oversee 853 employees and the county jail, and will also run undercover narcotics investigations and homeland security operations. In a county where a Black man’s police-caused murder sparked worldwide protests, discussions around race have become a focal point of their campaigns.

“Some say keep race out of it,” Major Dawanna Witt of the Sheriff’s Office said.

“I’m proud to be a Black woman. And I just might happen to be the first Black female sheriff the county has ever had.”

The new sheriff will replace single-term Sheriff David Hutchinson who pleaded guilty in December to misdemeanor drunken driving, Fox 9 reports. In May, Hutchinson announced he was taking an indefinite leave of absence from the department to deal with health issues.

It came five months after he crashed his county-owned SUV in Alexandria, Minnesota, following a sheriff’s convention. He initially said he vowed to remain in office, claiming he accepted responsibility for his actions and was facing consequences.

But, new details emerged showing Hutchinson lied to troopers about being behind the wheel on the night of the crash. He remains on medical leave until his term ends. Deputy Chief Tracey Martin has been leading the sheriff’s office operations in his absence.