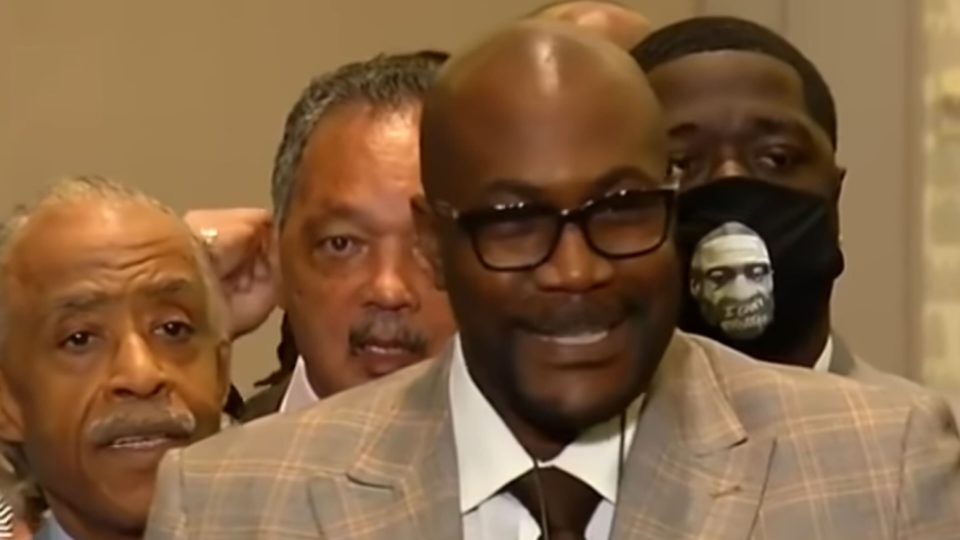 “I feel relieved today that I finally have the opportunity … for hopefully getting some sleep,” Floyd’s brother Philonise Floyd said during a Tuesday press conference, Fox News reports. His words came after a 12-person jury found former officer Derek Chauvin guilty on all charges: second-degree murder, third-degree murder, and second-degree manslaughter.

Philonise Floyd shared how much he “prayed,” and maintained his “faith” that his brother’s death would be “convicted,” following “a long journey” over the last year. “Today, you have cameras all around the world to see and show what happened to my brother,” he said. “I could do nothing but watch, especially in that courtroom over and over and over again, watching my brother get murdered.”

Floyd’s other brother Rodney Floyd said his late brother was “smiling” by all the solidarity that came out of his untimely death. “This is everyone who’s been held down — pinned down — standing together in unity,” he said before praising Floyd’s daughter, Gianna Floyd, who previously expressed pride for how her father helped to “change the world.”

Other members of Floyd’s family who weren’t at the trial filmed their reactions to Chauvin’s guilty verdict, ABC News 7 reports.

George Floyd’s older brother, sister and several family members watched the verdict be read together. Here's how they reacted.

President Biden spoke with Floyd’s family before addressing the verdict from the White House alongside Vice President Kamala Harris, AP News reports. While speaking with the Floyd family, Biden shared how ‘relieved” the White House was by the guilty verdict and told Gianna Floyd that “Daddy did change the world.” The President credited Chauvin’s conviction as “a giant step forward,” but admitted that “it’s not enough.”.

“We can’t stop here,” he declared before speaking on the change that needs to happen in people’s “hearts and minds as well as laws and policies.” President Biden continued. ‘I can’t breathe.’ Those were George Floyd’s last words, We can’t let those words die with him,” he said. “We have to keep hearing those words. We must not turn away. We can’t turn away.”

Kamala Harris called out racism for being the reason America is failing at fulfilling its promise of “liberty and justice for all.” Calling the verdict “a measure of justice” that still “isn’t the same as equal justice,” Harris acknowledged the work that still needs to be done.

“It is not just a Black America problem or a people of color problem. it is a problem for every American,” Harris said. “It is holding our nation back from reaching our full potential.”