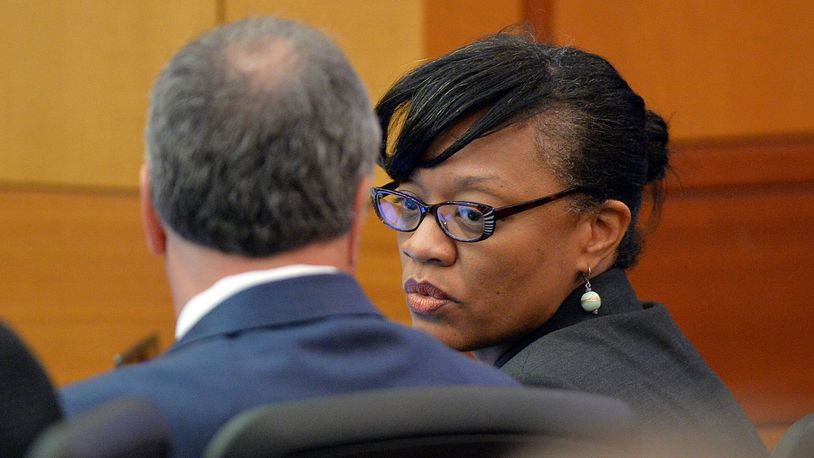 A Fulton County, Georgia, judge reduced the sentence of a convicted former Atlanta principal for her participation in an infamous 2015 cheating scandal in 2015, Fox 5 reported.

Dana Evans, the former principal of Dobbs Elementary School, along with 10 other Atlanta public school educators, was found guilty of giving false statements and violating the RICO act. A judge handed her a sentence of one year in prison, and four years of probation, The Atlanta Journal-Constitution reported

Former Atlanta Public Schools students taught by Dana Evans share about the effects of the #TeacherToPrisonPipeline.
These two women have advocated tirelessly for Dana Evans freedom along with a group of Evans’ former students.

“Evans and ten other educators were wrongfully convicted in the Atlanta Public Schools cheating trial, the longest and most expensive criminal trial in Georgia’s history,” supporters wrote in an issued statement after Tuesday’s hearing. “Seven years after the case made national headlines, taxpayer dollars and resources have continued to fund the prosecution of Black educators over alleged cheating on standardized tests.

“Prison sentences for teachers do not serve the interests of the communities most affected by the ‘cheating scandal,'” the statement added.

Evans admitted to her wrongdoing but said she was unaware that cheating was occurring at the school, the Atlanta Journal-Constitution reported

“I take full responsibility for the events that bring us here today,” she said. “Although I didn’t cheat, I didn’t stop cheating from happening, which was my job as a principal, and for that I am sorry.”

Kevin Armstrong, an attorney with the Fulton County District Attorney’s Office, objected to Evans receiving a less severe sentence. He accused Evans of knowing that cheating was happening and that she took steps to keep the scandal out of sight.

“Every scrap of objective evidence indicates that she was aware of it,” Armstrong argued.

Six other educators are waiting for the results of their sentence appeals, according to Fox 5.