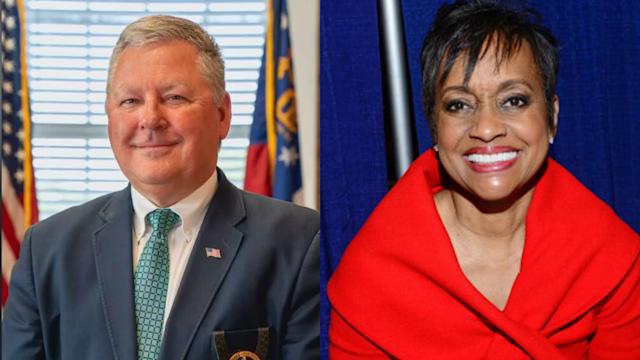 Kris Coody, the sheriff of Bleckley County, has been charged with sexual battery after reportedly groping the breast of former judge Glenda Hatchett at a convention earlier this year.

Former DeKalb County Sheriff Thomas Brown spoke to WSB-TV about the incident saying that Hatchett was at the convention as his guest. He said that he introduced the judge to Coody and turned away for a moment.

“As I turned to my left to focus back on the two of them, I saw his hand go down on her left breast,” Brown said. “I grabbed his arm threw it off of her chest and basically said, ‘What are you (adjective) think you’re doing?’ and that’s basically where it ended.”

Brown said that the situation angered him and that he could tell that Coody was intoxicated. However, Brown noted that he was more concerned about Hatchett, who was visibly shaken. The judge allowed her name to be listed in the complaint because she wants the story told.

“She’s very passionate about telling her story at some point in time, if for no other reason, for the hundreds of ladies out there who may have been victims of some type of sexual assault but have not said anything because they are afraid to do so,” Brown told WSB.

The news outlet said that Coody released a statement after he was charged saying that it was “improper” to contact Hatchett, but that he plans to comply with the charges and hopes for a future opportunity to express his regret about the incident.

As BET reported, Hatchett, 70, was the star of the syndicated show Judge Hatchett, which ran from 2000 to 2008. Since 2016, she has starred in a new courtroom show, The Verdict with Judge Hatchett.

As recently reported by Black Enterprise, Hatchett’s son, Charles Johnson IV, is suing Cedars-Sinai Medical Center because he believes that his wife bled to death in 2016 due to a culture of racism at the renowned Los Angeles hospital.

Hatchett and her son have been outspoken about the nightmare they experienced after Johnson’s wife, Kira Dixon Johnson, died about 12 hours after having their son, Langston, via a scheduled cesarean section performed in 17 minutes.

At a press conference last week outside of Cedars-Sinai, Johnson said, “There’s no doubt in my mind that my wife would be here today and be here Sunday celebrating Mother’s Day with her boys if she was a Caucasian woman.”

The hospital is fighting the suit.