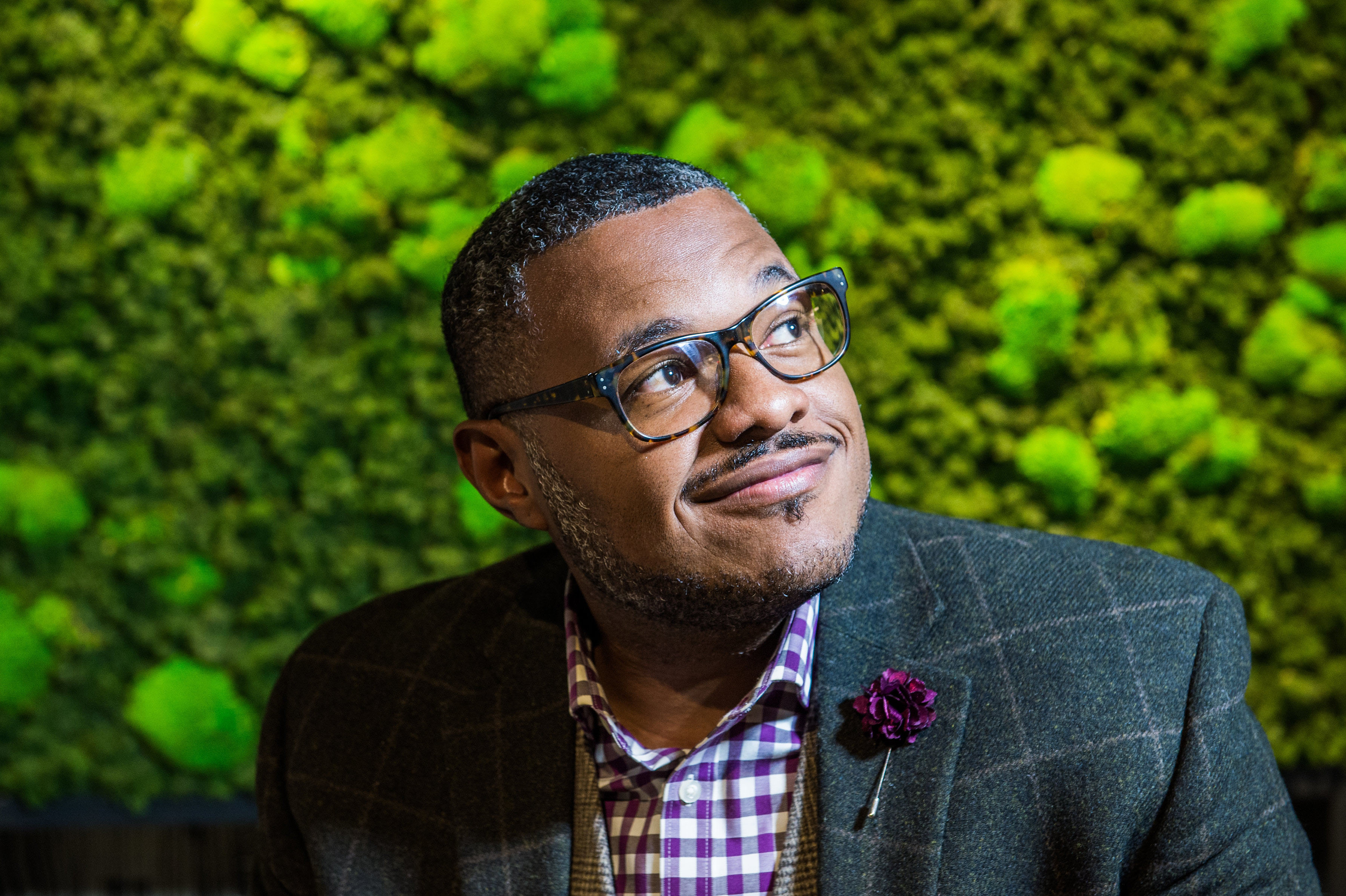 I am an award-winning creative executive with extensive experience in the entertainment industry, as well as art direction and creative strategy as relates to film, television, and kids’ brands. A seasoned leader, I’ve set direction and collaborated with creative professionals across numerous brands and lines of business, setting new benchmarks in quality and design in the world of licensed consumer products.

In addition to creating and sustaining successful campaigns for Nickelodeon, Comedy Central, MTV, and the Paramount portfolio, I remain passionately engaged in arts education and philanthropic endeavors around corporate social responsibility, using my experiences and example as a creative executive and my Viacom platform to motivate the next generation of creators of color.

As a creative executive and professional, I have the privilege of getting paid to do what I love while making an impact. A career in art can be a parent’s worst nightmare, but I beat the odds and followed my dreams despite the clear obstacles. Art, in return, saved my life and gave me a platform for change. Today, I get the opportunity to help others see that you can be successful in the competitive entertainment field. The look on a young artist’s face when they realize that if I did it, they can do it too, is the most rewarding part of my career!

“Follow your dreams. Don’t waste your purpose. Don’t screw up.”

These were among the last words my mother said to me before she passed away, and they have been my motivation throughout my adult life. It was late 1998, and I was a freshman at St. John’s University, settling into my studies as a pharmacy major. I had everything lined up: a five-year scholarship with the hopes of a good-paying job in a high-demand field likely upon graduation. Yet, I was haunted by my mother’s persistent directive.

I was not following my dreams. I was not living my purpose. This feeling grew stronger every day and I knew pharmaceuticals just wasn’t for me. I felt as though I was wasting [God’s] true gift: art. So that is where I focused my full attention on; all on art electives. But after one year, St. John’s warned me that if I didn’t start taking science courses, I would lose my scholarship, and I soon did and was devastated.

The entire time my mother’s simple proclamation ate at me. Uncertain what to do, I chose to drop out of school instead of falling into debt with student loans. I told myself that if art was the path and my true purpose in life, God would make a way. So, at that point, it appeared that school was no longer in God’s plan for me. Therefore, my dad said if a man doesn’t work he doesn’t eat, so I got a job at Geico Direct, working in customer service.

On my very first day at Geico, I met the young woman who would later become my wife. So what had seemed like a detour from the highway of dreams had turned out to be a central piece of my larger life plan. But other things weren’t so certain, because after a massive car accident, I was left on disability and in rehab for months. This caused me to wonder if I had screwed up by leaving school. Was the dream ever going to happen?

Then, one day, when I was at my lowest, St. John’s called. They had news of another scholarship for me. This time, it was for art, focusing on graphic design and adverting. Another student had dropped out and they wanted me to come back, to make sure I didn’t waste my talent. What to do? Exactly what my mother told me to. I wanted to do art, and here was the opportunity I was waiting for.

“In life, some opportunities have a timestamp and you have to be prepared to work harder than anyone else to take advantage of those rare opportunities.” So I did: I worked nights and took an aggressive 21 credits back-to-back, a punishing schedule that helped me learn valuable project and time management skills. This preparation got me ready for the opportunity of a lifetime: an internship at Nickelodeon. My brother, who at the time was a director at MTV, gave me the referral and the rest is history—today, I have success as a creative executive and professional.

My dad Robert C. Yarborough Sr. He was a bus driver for MTA for 25 years and worked a number of side hustles to provide for his family. I can honestly say when I was younger I didn’t realize or appreciate his sacrifice but came to understand the full magnitude of his sacrifice when I got older.

An accomplished musician and photographer who at one time played with legends like Duke Ellington, he gave the unstable artist life up to take care of his family and make sure that his children could dream further than life allowed him to see. He taught me the art of hard work, drive, giving, and making something out of nothing. He came to New York from the segregated South after serving in World War II with nothing to his name. When he passed in 2016 at the age of 90, he had accomplished so much from business, owning property, three college-educated kids, and a legacy of being a father figure to many others throughout our neighborhood.

“No matter what background you come from, if you go for excellence, there is no statistical bucket that can catch you.”

“Don’t wait to be promoted; promote yourself.”

I love hands-on mentorship because it has a lasting impact on the community. Currently, I serve on the boards of nonprofits that work to close the gap and eliminate disparities plaguing underserved groups, while building diversity and inclusion in media. These include organizations like Reel Works, Children’s Health Fund, and New York Edge, formerly known as SASF (Sports and Arts in School Foundation), the largest provider of school-based, after-school services in New York City. SASF works with over 25,000 students in 150 schools, across all five boroughs.

My most fulfilling work is prison outreach. Outside of my career as a creative executive, I am an ordained outreach pastor at St. Albans Gospel Assembly in Queens, where I oversee our programs at Nassau Correctional Facility in Long Island, New York. Here I speak to inmates every month and have helped many of them find purpose in their lives over the past 14 years. My message to the inmates: The choices you make shape your life. I offer an invitation to change and a connection to a web of housing, jobs, church, legal and government contacts to help them do exactly that. The sad thing about it is that it’s mostly young minority men that I get to mentor. When you lose young men from a neighborhood, you lose leadership, fathers, brothers, and a generation because nobody is left to train them on how to live right. So I look forward to every interaction with them because it gives me an opportunity to change the neighborhoods I grew up in one man at a time.

Manhood is a rite of passage and personal choice. It supersedes age and gender and race. It is a specific time in a man’s life when he decides to walk in the full weight of his responsibility and the purpose for which he was designed. Proof is found in the often recited scripture, “When I was a child, I spoke as a child, I understood as a child, I thought as a child: but when I became a man, I put away childish things.” You will notice there are two “whens” in this text. The first one addresses the “when” of childhood. The second addresses the “when” of manhood.

We are trendsetters and always innovate despite the odds. Being a black man is a unique experience paved with a history of pain and struggle that has birthed some of the greatest things in life. From culture, art, music, strength and absolute beauty. I would not trade it for the world. I take pride in the sacrifices my ancestors have given to pave the way for my story and my truth.