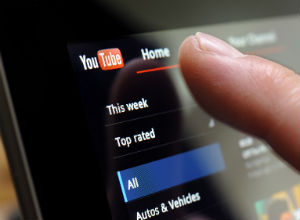 Almost one-third of all Internet usersÂ watch YouTube, streaming hundreds of millions of hours of content every day. In the United States alone, adults spent an average of five and a half hoursÂ with video content each day, in 2015.

The numbers alone make it a no-brainer; if you have the medium to market your business, filling up a YouTube channel with content should be on your to-do list. Every business wants virality–whether it’s in the form of a meme, video, or image–to catapult brand awareness and boost sales. But, how do you stand out from the 300 hours of video uploaded to YouTube every minute?

As the founder and CEO of GYMGUYZ, an in-home mobile personal training company, I presented a challenge to myself and to my company: create a successful viral marketing video to generate more sales leads. For GYMGUYZ, creating our final masterpiece (“Shake it Off,â€ a GYMGUYZ Parody) came down to four simple rules:

There’s no easy answer or quick trick to creating an instant success. Hoping to find guidance in a viral video playbook is the same as reading an instruction manual on how to win the lottery. But, if there’s one thing all of these videos have in common, it’s good, original content that captures the imagination.

How could we make a splash in a sea of mediocre uploads? With more cat videos, Adele song covers, and makeup tutorials than the world knows what to do with, we had to come up with a concept that could stand out. So, we had a bunch of adults sing and dance to one of the most popular teen sensations around, Taylor Swift. But, instead of a straight cover, we wrote up our own lyrics to represent our company culture: working out and getting in shape.

Josh York is the Founder and CEO of GYMGUYZ, an in-home mobile personal training company headquarted in Plainview, New York. Since its inception in 2008, Josh has been valued for his hands on leadership style growing the business and profitability to more than 1000 clients, 45 employees and a fleet of vans in less than six years.