Getting Fired May Be The Best Thing For Your Career 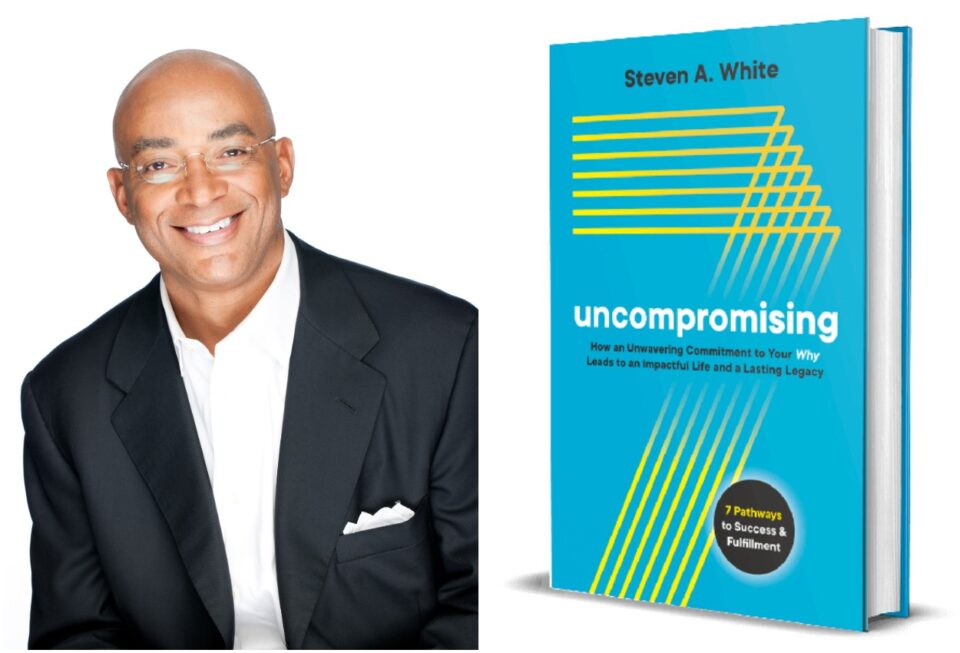 Steve A. White, President, Special Counsel to the CEO of Comcast, is considered one of the cable TV industry’s most dynamic leaders. The oldest of three sons, he rose from humble beginnings in Indianapolis helping his single mother clean rooms at a local Quality Inn.to eventually becoming a corporate leader and board member of some of the nation’s largest companies. Among his crowning achievement included his 11-year stint as head of Comcast’s West Division where he led more than 30,000 employees, served 12 million customers and produced more than $18 billion dollars in annual revenues.

White, a speaker at the Black Enterprise Diversity, Equity & Inclusion Summit, has written a new book on his career journey complete with his guiding principles on how to achieve professional and personal success on your own terms: Uncompromising: How an Unwavering Commitment to Your Why Leads to an Impactful Life and Lasting Legacy.

In the following excerpt, find out how his being fired as a young executive became a life-transforming experience and may offer you guidance on finding the “why” that gives you meaning and direction.

Why Getting Fired Was a Good Thing for My Career

The following is an excerpt from Steven A. White’s new book, Uncompromising: How an Unwavering Commitment to Your Why Leads to an Impactful Life and Lasting Legacy.

I’ll never forget the three words that were as comforting as a two-by-four to the bridge of my nose: “You are fired,” my boss said.

How could this be? How could he fire me? Yet that’s exactly what he did. He was fairly new to the role of being my supervisor, so I figured I was getting a pep talk, maybe some advice on how to jump-start my team, perhaps another promotion. But there was no pep in his talk and definitely no promotion.

In retrospect, it became clear that I had a lot to learn about leading people. I had found personal success early in my career by taking care of my supervisors and winning business for the company. Those assignments typically had one thing in common: I was responsible for my results, not the results of others.

So when I arrived at Ann Arbor on the heels of my latest promotion, I wasn’t fully prepared to lead a team. I figured I was the big cheese, and my ten direct reports would go to work making me look good. They didn’t, and who could blame them? I didn’t show them the way or give them the support they needed to do their best work. I didn’t understand that the most fundamental aspect of leadership is serving others. And that is why I was fired.

I wanted to crawl in a hole and hide from the world. I had never lived in the same room with failure, and I wasn’t sure how to treat him. But he wouldn’t go away. He just sat there laughing and saying, I told you so!

Then the phone rang. “How you doing, man?” It was Darnell Martin. He was a vice president in the distribution division, and I was in a products division, so he had learned through corporate channels that I had been released. As an older high-ranking African American leader in the company, he had taken an outsider’s interest in my career.

“How you think I’m doing?” I said, still frustrated and hurt. The next words from his mouth, however, changed everything. “I got you,” he said.

Darnell hired me for a temporary position and moved me to Chicago, where I watched and learned from Darnell and Gary (my new boss). They were leaders who took care of the people they led; they taught by example what it looked like to serve others. Soon I put those lessons into action.

I had no supervisory responsibilities in the job, and I had no quotas to hit. Instead, I was an individual contributor working on special projects, but my success was tied to my ability to work with other people in a collaborative fashion. The more I learned to serve the team around me, the more I learned what it meant to really lead. An uncompromising mindset about this approach to leadership became the basis of my fight.

The foundation for success in my early life was laid by people who encouraged me, such as my mother, my teachers, and mentors, but I had to get knocked down to find my fight. Once I found it, everything changed for one simple reason: my success became others-focused rather than self-focused.

For years, my why was all about escaping poverty, making money, and earning the trappings of corporate success. My goals and dreams weren’t necessarily bad, but they also weren’t particularly honorable. Your fight is what brings virtue, energy, and direction to your purpose for going through life. It’s what gives meaning to your why.

When we find our fight, our fight and our why become one and the same, and it changes our mindset and approach as we pursue our purpose. Meaningful success follows—as long as we never relinquish the power that comes from an unwavering commitment to why we exist.