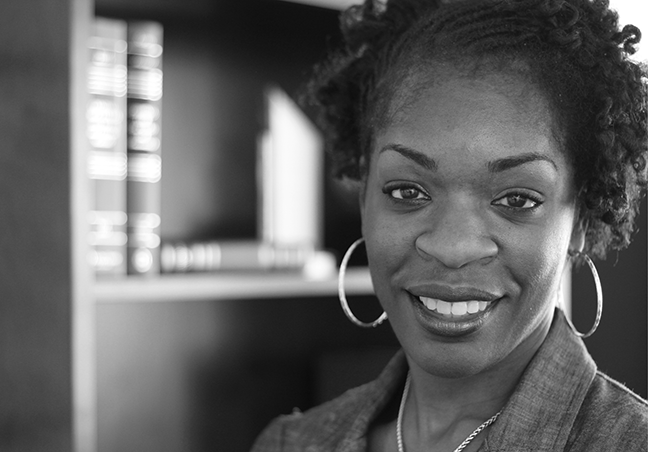 For more than a decade, Ilham Askia has embraced an audacious mission: To ensure that those most prone to incarceration – young, indigent citizens of color – gain the best defense. As co-founder and Executive Director of Atlanta-based Gideon’s Promise, the former schoolteacher has sought to reform the culture of the criminal justice system by transforming public defenders from dispirited cogs cutting plea deals that have made courts “turnstiles to prison” to zealous advocates who relentlessly fight for their clients’ freedom.

“Right now, the criminal justice system really has a way of processing people through instead of allowing [them] to actually get their constitutional right to have a good, quality public defender,” she told Black Enterprise. “Gideon’s Promise works with public defenders, slowing down that system of processing and talking about the humanity of people who are accused.”

Gideon’s Promise was launched in 2007 as a nonprofit to provide strategic training to public defenders while changing their mindsets about clients who can’t afford to hire their own attorneys. The organization was the brainchild of Ashia’s husband Jonathan Rapping, the former Training Director for the District of Columbia’s Public Defender Service who was recruited by the Georgia Public Standards Council to design and run development programs for staff across the state.

After his first visit in court, Askia said Rapping was galled by the frequent occurrence of constitutional violations. For example, he witnessed lawyers not filing motions for dismissal when prosecutors failed to produce evidence to make their cases. In some instances, he was told that public defenders were fearful of angering judges who were focused on clearing their dockets. Recalls Askia: “We came down here to help reform the public defender system in Georgia. After going to Georgia, Mississippi, Alabama, and Louisiana, and seeing young lawyers who were really passionate about this work quickly get burnt out by the system, we were trying to figure out why. Jon said, ‘They don’t have training and mentorship, and support to stay in this work.’ The next thing he said, ‘Why don’t you take a year off, and help me build this movement of public defenders?’ ”

The couple’s kitchen table conversation ignited the spark to spawn Gideon’s Promise – so named to fulfill the constitutional guarantee mandated by the 1963 landmark Supreme Court ruling in Gideon V. Wainwright that requires states to provide attorneys to defendants in criminal cases if they cannot afford such legal representation.

“Almost Every Man In My Family Has Been In The System”

Forming the organization was also extremely personal to Askia. “Almost every man in my family has been in the system, whether it’s jail or prison. When I was five, my father was arrested and convicted, and I spent most of my childhood visiting him in Attica. We couldn’t afford a private defense attorney, and a public defender was assigned. That public defender never told the story of the impact of taking the head of our household,” she recalls. “Not that my father was necessarily innocent of everything he was accused of but he at least deserved to have an advocate. I had a distrust for the system. I thought everybody in the criminal justice system were against people that looked like me [or] who came from communities [like mine].”

Today, Askia works with Rapping to make sure others don’t receive the same type of legal neglect. Here’s how the program works: Rapping and Askia has develop a three-year “core program” for attorneys in which they gain training in technical areas such as forensic evidence as well as their approach to litigation, strategy and advocacy. The program also engages in a mentorship component that has help attorneys improve client representation. They also advise public defenders on how to best manager their annual average workload of 250 cases per year. In fact, she says that they have trained public defenders in the entire state of Maryland and Virginia at the senior management level. Moreover, they have aligned with law schools who have increased the pipeline of program participants. In terms of the success of their programs, she says Public defenders offices have retained 86% of Gideon’s Promise graduates and those trained by the program have increased the number of cases resolved in favor of defendants.

Their work has been so groundbreaking in the criminal justice arena that Rapping was named a MacArthur Foundation “Genius Fellow” in 2014.

More than just a movement, Askia has built Gideon’s Promise into a sustainable enterprise. “Although this is a nonprofit, there are a lot of business philosophies I had to learn and adopt to attract those public defenders to partner with us,” she says. “For funders, it’s really telling a story. We make sure that our donors hear the story from the lawyers and the people that they serve.” As a result, Askia and her team have been in securing financing from sources ranging from the Ford Foundation, Koch Industries and Open Society Institute, developed by billionaire George Soros, to individual donors who may contribute amounts ranging from $100 to five dollar check. “The demand for our service has increased. I am supposed to have doubled in capacity by 2023, ideally is to have Gideon’s Promise Hubs in each quarter of the country. That’s $1.5 million of funding that I have to find additional to what we’ve raised.”

Askia draws upon another personal example to share the impact of Gideon’s promise. One day, she pick up her eight-year-old son. Lucas, from school and brought him to the office. At a local deli, her son was asked by the one of the cooks, ‘What do you want to be when you grow up?’ Lucas said, ‘I want to be a public defender.’ So when my children say that, I’m ready for the negative reaction that most people give us. The guy says, “That’s great, I had a public defender once. I had been in trouble my whole life, and it was the first time that a public defender actually fought for me, and we won.” So I  asked, “Where did this happen?” He said, “Here in Georgia.” His public defender was a lawyer we had just trained the year before. My son got to meet someone who was positively impacted by a lawyer that came through our program, and is now leading an office here in Georgia. That just warmed my heart.”