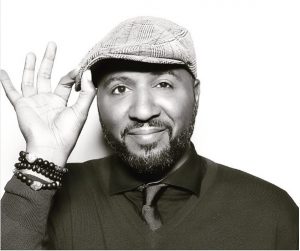 Despite seeing a 12% downturn in box office tickets this summer, Girls Trip, a film celebrating black sisterhood, has earned $100 million. This makes the comedy the first movie with an African American cast, director, and writers to reach this benchmark. As a result, the film’s director, Malcolm D. Lee, has joined 11 other African American directors who’ve achieved such a landmark, domestically.

Back in 2013, Lee’s Best Man Holiday earned $30 million during its opening weekend but only $70 million in total domestic gross. Still, the director told BlackFilm.com that he remained confident that he would eventually reach the “century club.”

“I thought it would be possible at some point in my career. There was talk that it could have happened with Best Man Holiday and I loved our release date, but we were sandwiched between Thor: The Dark World and The Hunger Games: Catching Fire in a very busy holiday season. I thought it could possibly happen there, but this is certainly the one that I thought could possibly happen. I’m grateful that the fans came out and supported it. They got me to the century club,” Lee said.

In honor of Lee’s milestone achievement, here’s a look at five other high-grossing movies directed by African American filmmakers.

The Fate of the Furious – Directed by F. Gary Gray

Following its release in April, The Fate of the Furious earned a whopping $225 million in the U.S. in less than a week. The film, which was directed by F. Gary Gray, went on to gross $541 million around the world, making it the biggest worldwide film opening since 2002.

This is not the only film that Gray directed to tip over the $100 million mark. Straight Outta Compton (2015) raked in $161 million in a mere nine days while The Italian Job (2003) made $106.1 million over the course of a little more than three months.

Get Out – Directed by Jordan Peele

Jordan Peele’s socially conscious horror flick Get Out grossed $117 million in just 16 days, making Peele the first African American writer and director to earn over $100 million at the box office with a debut feature film. Just as impressive is the fact that the comedian-turned-filmmaker made the movie on a shoestring budget of $4.5 million. Altogether, Get Out grossed a total of $175 million, which is a hell of an ROI!

Legendary filmmaker Sidney Poitier is the first black director to make a film that earned over $100 million following the release of Stir Crazy in 1980. The film was also the third-highest-grossing move that entire year.

Tim Story’s 2005 Fantastic Four was a commercial success that earned $154 million domestically in 10 days and a gross income of over $330 million around the world. Story also directed the sequel, Fantastic Four: Rise of the Silver Surfer (2007), which made $131 million in the U.S.

Ryan Coogler was only 29 years old when he released Creed in November 2015, a spin-off and sequel to the Rocky film franchise. The film earned $30.1 million in its opening weekend and ended up grossing $42.6 million within five days. Its earning tipped over the $100 million benchmark in 38 days.

Despite these examples of high-earning films made by black directors, the amount of diversity in Hollywood remains scarce. According to a report published by the Ralph J. Bunche Center for African American Studies at UCLA, only 10% of films were directed by a person of color. Diversity is profitable, but when will Hollywood get the picture?