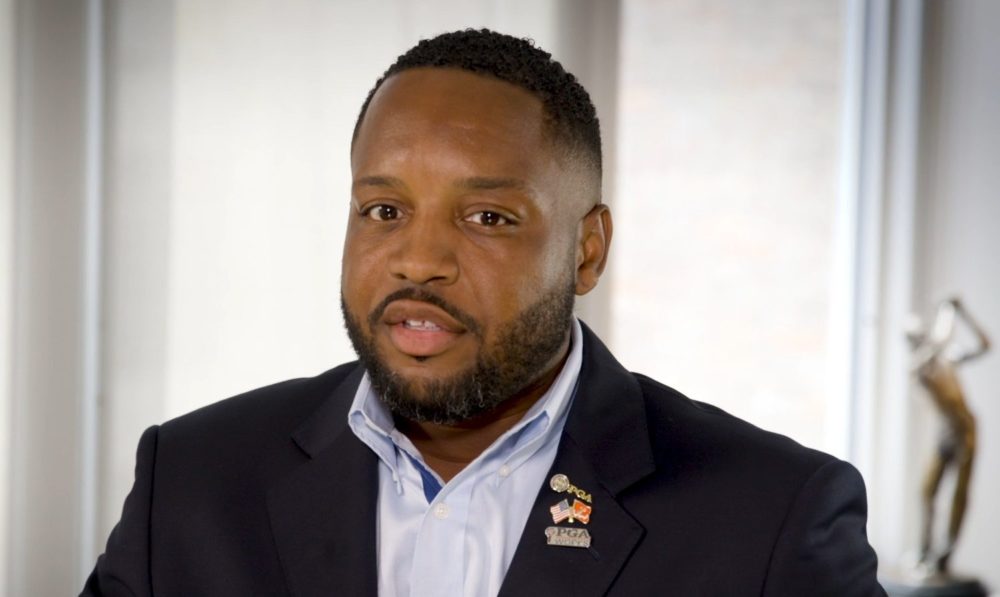 The idea of golf and retirement goes hand in hand in popular culture, when you’re talking about a senior citizen enjoying his or her leisure time after decades of hard work. But PGA HOPE is working to get a whole different kind of retiree to pick up some clubs. It’s using the game to help veterans chart a new path after they retire from the military.

In the fourth and final episode of PGA of America’s video podcast series On The Tee, PGA’s Chief People Officer Sandy Cross introduces military veteran James Eugene, who shares how golf helped him rediscover his drive and make the transition to civilian life.

“PGA HOPE is Helping Our Patriots Everywhere,” says Eugene, who started in the PGA HOPE program and is now a PGA WORKS Fellow in the Metropolitan PGA Section.

“I was at a point of despair once I left the military after 12 years of faithful service to the United States Marine Corps,” Eugene continues. “I found myself just trying to figure out a new sense of identity. I didn’t really know where I wanted to go or have a direction to go to. By chance I found PGA HOPE, and it truly changed my life. It introduced me to the game of golf and connected me with other veterans going through the same issue.”

PGA HOPE is the flagship military program of PGA’s foundation. It introduces golf to veterans with disabilities—at no cost to them—through a six-to-eight week curriculum taught by PGA Professionals trained in adaptive golf and military cultural competency. The program aims to enhance the physical, mental, social, and emotional well-being of vets and thereby create a healthier veteran community.

Previous episodes of On the Tee have highlighted PGA WORKS and also the PGA’s partnership with Jopwell, both part of the organization’s initiatives to expose golf to communities that traditionally have not had access.