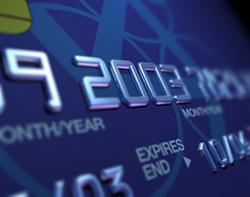 For many of us, credit cards have been a saving grace in times of need and a devilish temptress in times of greed. But a decreasing line of credit, soaring interest rates and random fees can make pulling out the plastic painful.

The Federal Reserve struck a blow for many Americans in this fight when it passed new rules to improve disclosure and prohibit unfair interest rate hikes among card companies in December. Specifically, the new rules will:

“The revised rules represent the most comprehensive and sweeping reforms ever adopted by the [Federal Reserve] Board for credit card accounts,” Federal Reserve Chairman Ben S. Bernanke said in a statement.Â  “These protections will allow consumers to access credit on terms that are fair and more easily understood.”

There is one drawback: The new rules don’t go into effect until July 1, 2010.

The rules came about after government research and complaints from 60,000 cardholders. Now that’s democracy in action!

If overdraft services offered by your bank have also been a hassle, let your voice be heard. The Federal Reserve is proposing rules to protect account holders by possibly making institutions obtain customer consent before any overdraft fees or charges are imposed on accounts.

Visit FederalReserve.gov and click “Submit a comment on this proposalâ€ under Regulation E to voice your opinion about your financial institution’s overdraft practices.