Google Glass On Sale For One Day Only 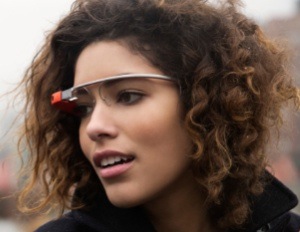 Buying Google Glass used to be an invite-only affair, but for one day only anyone can get in on the wearable technology action.

If you’ve been wanting to get your hands on Google’s latest face computer, now’s your chance.

For one day only, Google is selling the wearable device on their site, giving everyone with a few grand burning a hole in their wallet a chance to pick up the latest craze among hardcore tech fans.

The company’s controversial piece of technology has gone through teh gamut of bad press, from guidelines on how not to be a “glass-hole” (from Google itself) to being banned from various bars and restaurants throughout the country.

In San Francisco, the device is seen as a symbol of class distinction, pitting native residents of the Bay area against the influx of software developers that are gentrifying the city and forcing people to relocate.

To purchase Glass, you must live in the United States and be over 18, according to Google. Glass will run you $1,500 plus tax, and “includes Glass, charger, pouch, mono earbud, and your choice of a shade or a frame for no additional charge.”

Google suggests you act fast, though. “Spots are limited, so go to google.com/glass to purchase your Glass.”