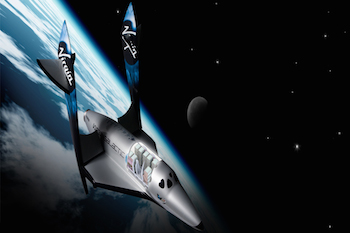 Google is “slanging” its bucks around majorly after its $500 million acquisition of satellite imaging specialist Skybox.

Now, the SEO juggernaut seems poised for another space-related investment. Reports from Sky News indicate that Google is in advanced talks to purchase a minority stake in Sir Richard Branson’s Virgin Galactic business, as the company hopes to get its Internet satellite project off the ground.

With $30 million in capital ready to be invested by Google, the plan is to create a joint venture that would link Virgin Galactic’s technology with Google encompassing tech prowess. Larry Page, co-founder of Google, is preparing to build 180 small satellites that will be placed into a low orbit to provide Internet connections to remote areas of the globe.

Coupled with the company’s recent acquiring of Titan Aerospace, Google is approaching an all hands on deck status with its space project.