GOP Super Tuesday for Some and Possibly Super Doomsday for Others 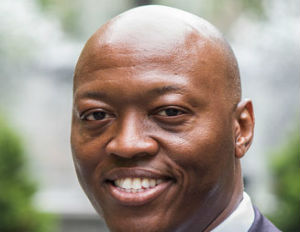 The following was written by John Burnett:

The stage is set for SuperÂ TuesdayÂ primaries, with polls showing Trump’s commanding lead in virtually all states that are in play.

Whether Trump can maintain his dominance is an open question, as his two main rivals, Senators Marco Rubio of Florida and Ted Cruz of Texas, have opened new lines of attack, including over the weekend when Trump wavered over disavowing David Duke, the former Ku Klux Klansman who backed the billionaire’s candidacy.

What’s at stake
Given that Trump has won 3 of 4 states already (New Hampshire, South Carolina, and Nevada, with Iowa going to Cruz), it is imperative that Cruz and Rubio halt Trump’s momentum. However, it’s unlikely that Trump will take home a vast majority of delegates up for grabs on TuesdayÂ since states holding primary votes that day award delegates according to the percentage of votes captured by the candidates.

A major battleground is Texas–Cruz’s home state–where a whopping 155 delegates hang in the balance, as the future of Cruz’s campaign arguably does as well.

Similarly, pressure is on Rubio, who is gaining establishment support but has yet to win a single state. As he heads intoÂ Tuesday, it’s hardly clear that he can win any of the contests onÂ March 1. He and his advisers hope to hang on untilÂ March 15, when Florida, his home state, holds its primary. But even a win there looks uncertain for Rubio, since he is trailing Trump by 20 points in Florida. A poor showing by Rubio on SuperÂ Tuesday, combined with losing his home state onÂ March 15, will almost certainly force him to end to his campaign.

As for the other two candidates in the GOP primary–neurosurgeon Ben Carson and Gov. John Kasich of Ohio–the path to victory is difficult to envision since both candidates have averaged single digits in all contests so far and have dismal poll numbers in all SuperÂ Tuesday states. Moreover, the argument can be made that their campaigns are helping Trump the longer they stay in the race because their combined support would likely go to Cruz or Rubio if they bowed out.

More than that, Rubio has become strikingly assertive on the campaign trail, leveling a barrage of mocking attacks at Trump. He has repeatedly dismissed Trump as a “con manâ€ and highlighted some of Trump’s business failures.

Still, Trump got an unexpected boost last week when Gov. Chris Christie of New Jersey endorsed Trump, saying that there’s no other candidate better prepared to take on Hillary Clinton, should she receive the Democratic nomination. Christie, who recently suspended his campaign, had notably dismissed Trump as the “entertainer in chiefâ€ before leaving the race and undergoing a change of heart about the TV personality and real estate mogul.

Whatever the outcomeÂ on Tuesday, this much is clear: this presidential primary season–and Trump’s candidacy in particular–has exposed serious rifts in the GOP that do not bode well for the party in November.

John Burnett is a financial services executive with over 20 years of experience at some of the world’s top financial services and business information companies. He is also a strategic advisor to New York Republican State Committee and an urban financial freedom fighter. He is a resident of Harlem, NY. Follow John on Twitter @IamJohnBurnett and Facebook /IamJohnBurnett. To book John for radio, TV and speaking engagements, click here for John’s Media Kit.

FacebookTwitterYoutube
← Top 10 Sites to Learn to Code for Free! ← For Clinton and Sanders, Nomination May Be All Over But the Shouting After Super Tuesday
×