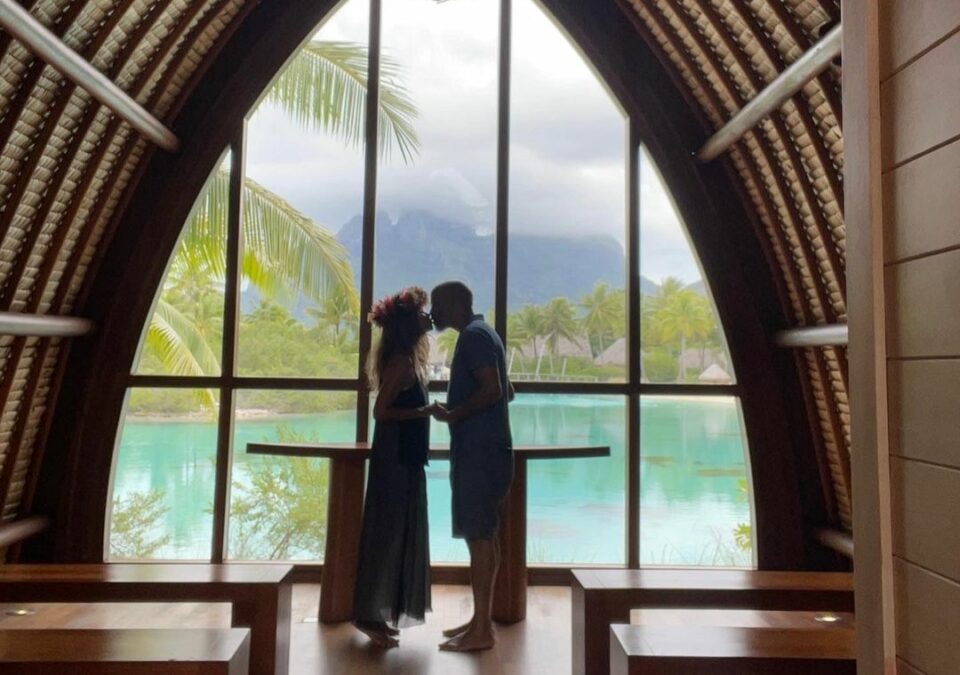 Just after noon on Saturday, the actress shared a photo of herself and longtime boyfriend Van Hunt in what seemed to be a chapel. The simple caption read “well… IT’S OFFICIAL!”

The natural assumption for fans and friends alike was that the couple, who have been together since at least 2020, tied the not in a private ceremony in some exotic location.

Even personal friends of the couple chimed in. Celebrity trainer and stunt actor Peter Lee Thomas, who recently trained Berry for her critically-acclaimed turn in Bruised, responded to the apparent announcement saying, “My heart just exploded… This absolutely made my year! MY LOVE TO YOU BOTH! Can’t wait to celebrate! See you soon”

The reveal, however, was in the swipe. Combined with the original caption, the on-photo commentary Berry added to the second photo in the post reads: “well… IT’S OFFICIAL! It’s 2022!”

According to TMZ, Berry originally added “#Gotcha” to the caption. But that still wasn’t enough to stop Dwayne Johnson, Octavia Spencer and Kim Fields from offering their well wishes.

While not offering additional details about where she might be, Berry has taken to Twitter to share additional photos from her holiday getaway, tagging her man for the photo credit.

After tweeting “Merry Christmas from our home to yours,” on the 25th, the two seem to have taken off for a destination that looks like the South Pacific. Berry spent all week sharing content from their romantic getaway.