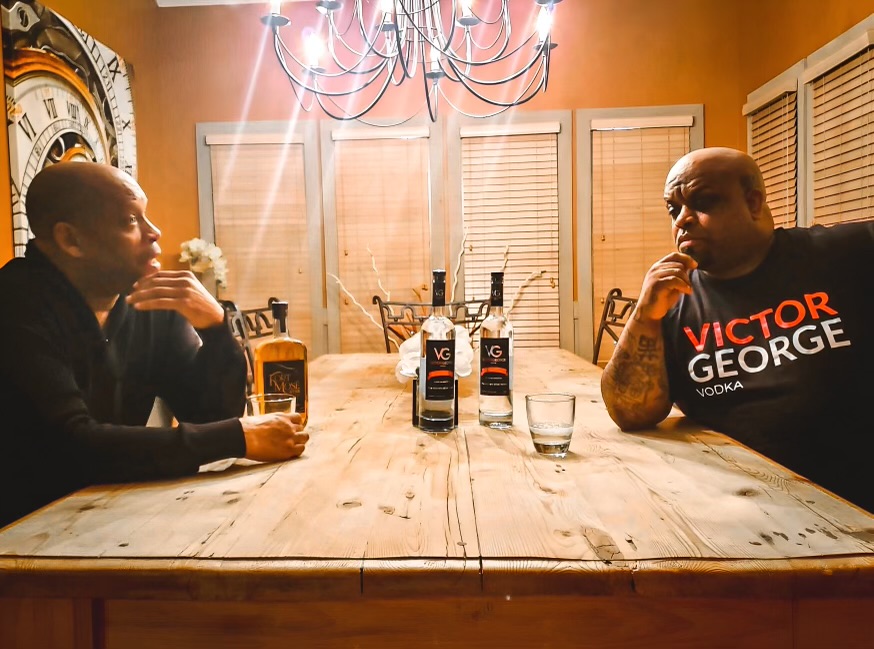 Victor George Spirits (VGS) announced today they have entered into a partnership agreement with singer, songwriter and actor, Cee Lo Green (Cee Lo) who has won five Grammy Awards, one BET award, one Billboard music award as well as nominations for over eighteen other Grammy awards.

Victor George Spirits and its spirit lines include nationally distributed Victor George “VG” Vodka and Fort Mose’ 1738 Bourbon, both produced at Palm Beach Distillery, a business it acquired in January 2022 and recently relocated to Fort Lauderdale, FL the home of the VGS headquarters.

Cee Lo and Victor G Harvey, owner of VGS first met in 2020 in Miami at a Super Bowl party hosted by VGS at Bar One, a popular restaurant located in Miami Beach owned by famed restaurateur Peter Thomas, one of the stars of Real Housewives of Atlanta.

“My enthusiasm in partnering with the Victor George Spirits brands is immeasurable. It is literally an extension of my own good taste.  We shall shift the attention, and unbottle exceptionality, excellence, and ownership with clarity in which one can see their own reflection,” said Cee Lo Green.

Launched in 2019 VGS has become one of the fastest-growing Black-owned spirits companies in the United States due to its high-quality premium brands. Recently they entered into a multi-state distribution deal with Republic National Distributing Company and Breakthru Beverage, two of the largest distributors in the United States.

Victor George Vodka was released in late 2019 and is currently available in 44 states and carried at most major retailers such as Total Wine, Kroger, Trader Joes, and more. In October 2022, VGS released its first flavored caramel vodka, which is already becoming a favorite of restaurants, chefs and consumers looking for a flavorful unique cocktail.

Fort Mose Bourbon, released in July 2022 was offered exclusively online for the first week and has been selling all over the United States. Released to retailers shortly thereafter the word is spreading fast partly due to the incredible story surrounding the history of Fort Mose’, the first town in America allowing Black people to live free, located two miles outside St. Augustine, Florida. Fort Mose is now available in ten states.

“Our business model in partnering up with celebrities, influencers, or professional athletes, we feel, is much different than most models I have seen and can really add value to our brands and our company ” said Victor George Spirits Owner Victor G Harvey. “We believe with the platforms they have they should not be simply a paid endorser of one of our products, that is a thing of the past. We want true partners and that means they share in the profits, creativity, growth and overall equity of the brand. That’s a partnership and consistent with our goal to be the largest Black-owned spirits company in the U.S. by 2025, hence we are very selective when making these choices and we knew Cee Lo would be a good one.”

In November of 2021, Harvey was awarded $2.45 million dollars by the Fort Lauderdale Community Redevelopment Agency to build Fort Lauderdale’s first Black-owned distillery. Project plans have been expanded to an 18,000-square-foot building housing a distillery, restaurant, cigar lounge and rooftop patio and lounge. Groundbreaking will be in February 2023 to commemorate Black History Month.