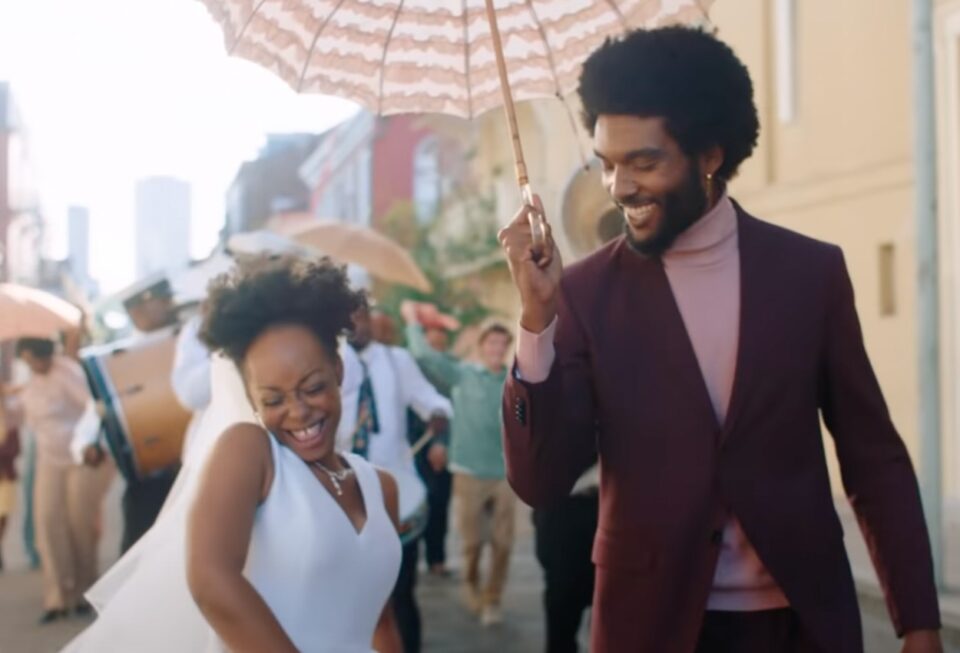 Fresh off the heels of winning a Grammy for directing Jon Batiste’s FREEDOM, Alan Ferguson shares his personal finance story in a series of new advertisements created for Self Financial.

As part of Ferguson’s partnership with Self Financial, the credit-building platform that works to increase economic inclusion and financial resiliency, the award-winning director is able to share his passion for financial management.

Ferguson spent his life avoiding debt and credit, often working with cash even after building a successful career as a music video director. However, he learned that credit and debt are the building blocks of personal finance, often dictating where people live, the cost of a loan, and even where folks work.

“The current situation for a lot of people is that the lack of financial literacy, education, and support leads to a famine of opportunity,” Ferguson told BLACK ENTERPRISE.

“It’s important stuff, but credit can make people’s eyes glaze over. That’s why when we went to make this Self campaign, we knew we gotta make this thing interesting. Make it feel like something you can’t wait to do. That’s why we infused it with so much joy.”

Ferguson chose to partner with Self Financial to create ads exploring the financial dreams of everyday people and used actors to capture them elevating into those dreams by leveraging Self’s credit-building tools.

Ferguson only chooses projects that speak to him. His work on these ads is part of his and Self’s mission to spread the word about credit-building tools to remind people, especially communities of color, that they’re not on their own when navigating finances and creating financial resilience.

“In my life before, I was always going by some of my dad’s old principles about, ‘Hey, if you don’t have it, don’t even spend it,'” Ferguson admitted.

“It was only about maybe eight years ago where it became more relevant for me to understand. I’m like, OK, I have to understand this game. I got to master it so I can make really informed decisions.”

“Financial literacy should be a part of our basic educational system. Especially middle school and high school,” FerGuson added.

“There should be all kinds of courses that are part of your curriculum. Like a semester learning about credit. A semester about investments. A semester about the power of compounding interest. So when you come out of school, you have a basic proximity to and understanding of it.”

“That’s the biggest thing. People feel like they have no control. This system that we’re in — credit is a primary tool or primary aspect of the way the system works. So if that’s the case, then we have to learn the game and what the rules are of that particular game.”

Self Financial applauded Ferguson’s ads and sees them as a way to connect with consumers who can benefit from their mission and services.

“At Self, we’re providing millions of people the tools they need to build credit for their future. It’s wonderful to work with Alan, a director who identifies with our mission and only takes on projects that resonate personally, to capture and depict the realization of dreams of our customers and many Americans,” Brett Billick, chief marketing officer at Self Financial said.

“With these ads, we’re trying to show what’s possible when people are empowered to build credit and savings,” said Brett Billick, Chief Marketing Officer at Self Financial.

“We hope viewers will see themselves reflected in these vignettes and be reminded that they’re not on their own when navigating finances and creating financial resilience.”