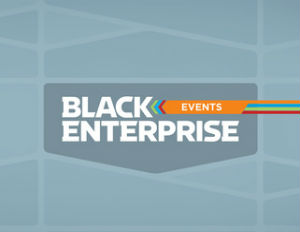 As you excitedly prepare for the 19th annual American Black Film Festival just 9 days way–June 11-14th, be sure grant yourself full access to all events, speakers, and entertainment by downloading the BE Events App. Available on iOS, Android and other smartphones, this interactive app not only includes schedules and a full list of entertainers and speakers, but it allows for event registration and is even equipped with a cool social media component. You can also get hotel information and always find exactly what you’re looking for with full maps to all of the important festival locations.

Use your app to organize your schedule as you hop from master classes on Writing for Television with Karen Horne, Vice President of Programming Talent Development & Inclusion at NBC Entertainment & Universal Television before venturing over to Fundamentals of Producing with producer Roger Bobb. Check out the television & media expos where you can learn about diversity initiatives and recruitment opportunities, and of course, you can’t forget the highly-anticipated film screenings featuring a spotlight screening of John Singleton’s Boyz N the Hood, Â the New York premiere of Director Rick Famuyiwa’s DOPE, and more than 30 documentaries, web originals, short films and narrative features showcasing at the AMC Empire 25 in Times Square.

If you’ve waited all year long for the for the ABFF Talk Series featuring panel discussions and celebrity talks about the business and creative aspects of the film and television industries, mark your schedule in the app and be reminded with push notifications when it’s time for your event to get started. There is so much to gain at this 4 day event, and you don’t want to miss a thing. With the BE Events app, you won’t have to.

“We wanted this app to keep the attendees more engaged and up-to-date,â€ says Deven Robison, Digital Producer at Black Enterprise. “We wanted everyone to have what they needed in order to take full advantage of the event right there in the palms of their hands.â€

If you have any questions or concerns about the “whereâ€ and “whatâ€ of things, while preparing and planning for the event, the helpful FAQ feature on the app is a useful guide to assist you along the way.

You have 9 days to download the app and get familiar so that you’re ready and waiting on June 11th.

For more information on the films, schedules, and activities for the 2015 American Black Film Festival, visit http://www.abff.com. For updates via Twitter and other social media sites, check the hashtag #ABFF.