America's middle-class no longer wealthiest in the world 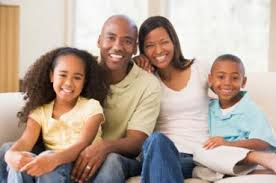 America’s middle-class is no longer the wealthiest in the world.

That proud distinction now belongs to our neighbors to the north. Canada.

The New York Times dropped that bombshell report this month.

The Times says that while “the wealthiest Americans are outpacing many of their global peers, analysis shows that across the lower- and middle-income tiers, citizens of other advanced countries have received considerably larger raises over the last three decades”.

In other words, the data shows, while our economy has been growing more rapidly than the economies of other nations, a smaller percentage of American households are benefiting from the prosperity.

And the gap is even wider further down the ladder.

So why the discrepancy? One reason given is that Americans get a smaller share of the corporate pie than executives, CEO’s get more and the minimum wage still remains the same.

The New York Times report also goes on to say that “The struggles of the poor in the United States are even starker than those of the middle class. A family at the 20th percentile of the income distribution in this country makes significantly less money than a similar family in Canada, Sweden, Norway, Finland or the Netherlands. Thirty-five years ago, the reverse was true”.