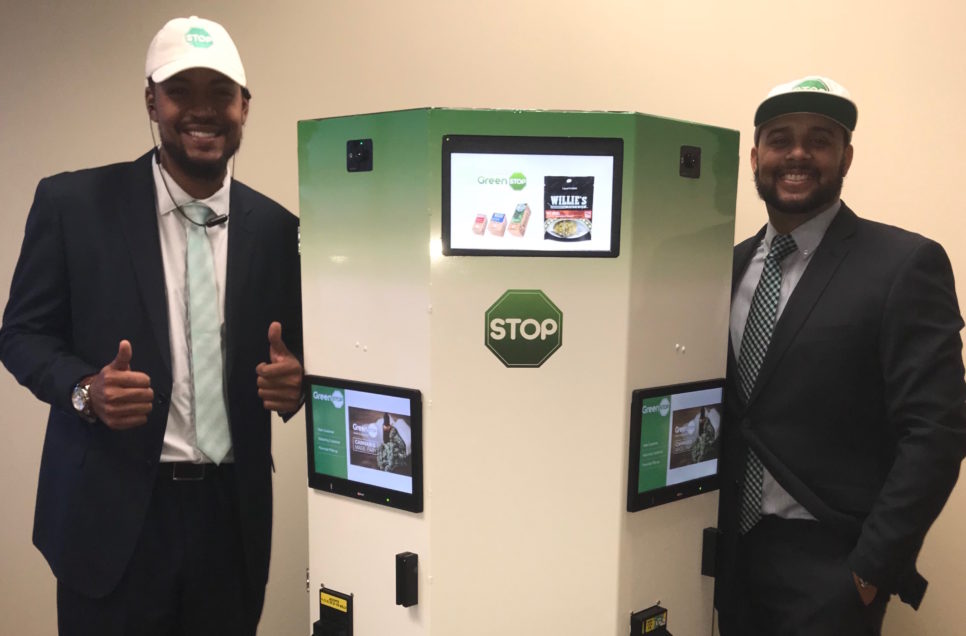 You don’t have to go to an in-person dispensary to pick up marijuana. That is the goal for GreenSTOP, the world’s first self-service four user kiosk that allows licensed cannabis providers to serve more customers in less time and customers to seamlessly pick up. The company’s business model is to license their “Smart Dispensary” platform to dispensaries and charge them a fee to use the platform.

Black Enterprise caught up with co-founder Tim Island to discuss the company’s plans for the kiosk.

Why did you create GreenSTOP?

I was sick and tired of the traditional dispensary experience. I was tired of the long lines outside the door. Lines so long it felt like I was waiting in line for a new roller coaster ride at Six Flags Magic Mountain. I also didn’t really like the customer service. I felt like the budtenders were always lying to me for the sale. Telling me sativas were indicas and indicas were sativas.

Where did the idea for the four user kiosk come from?

I thought it would be way better if there was a smart dispensary that used automation like Redbox did for movies. I’m a movie buff so I was watching a lot of movies from Redbox at the time so I could say I was inspired by Redbox. I told this vision to my friend and basically brother James. He sent me a PowerPoint in the morning about how we could take this company to the top and I was sold. We needed to start building GreenSTOP ASAP. James Edwards is also a genius and I knew if I went into business with him we would bring GreenSTOP to fruition! Now James and I are co-founders.

How do you plan to scale the company?

Our goal with GreenSTOPs smart dispensary is to scale it across the entire United States as the rest of the country continues to legalize. Right now there’s an estimated 17K dispensaries nationwide and this number is projected to grow upwards of 50K in the next five years. We would like to have our technology in thousands of locations in the near future. Our long-term goal is for us to go international to countries like Canada, Uruguay, and the Netherlands.

For now, the kiosk is being Alpha tested in-house. The time frame for the first role out is Q4 of 2018.