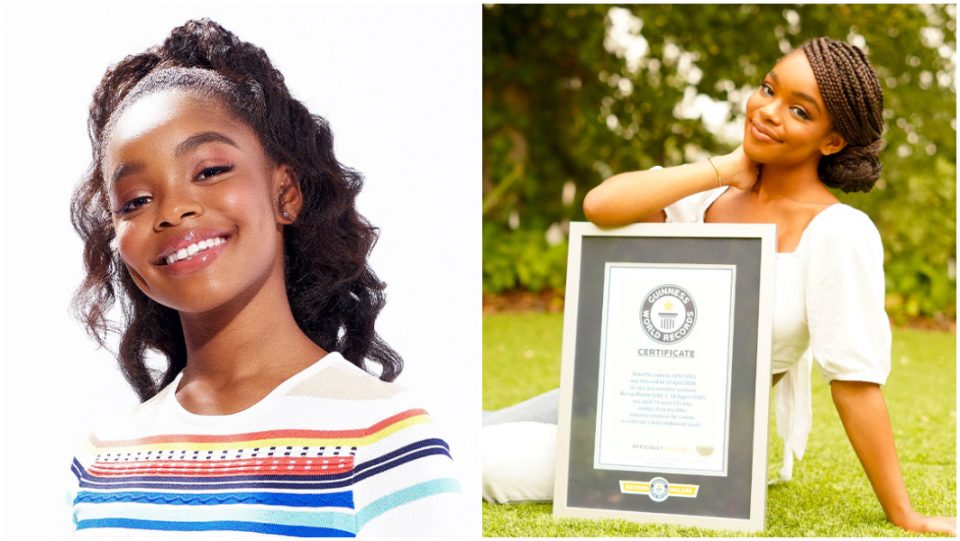 Sixteen-year-old Marsai Martin, who plays the youngest daughter on the hit TV show, “Black-ish” starring Anthony Anderson and Tracee Ellis Ross, is the youngest executive producer, according to an announcement by Guinness World Records. Martin has earned recognition from Guinness World Records for the title of youngest Hollywood executive producer for her breakout film “Little,” which was produced when she was 14 years old.

Congratulations to @marsaimartin on becoming the youngest Hollywood executive producer! 🎉

“Little” tells the story of a domineering boss who reverts to becoming a child again who then learns the error of her ways. Outside of being an executive producer, she also starred in the film.

“To be able to create a film, star in it, be with your favorite stars, and actually seeing that entire experience was so amazing,” Martin said.

The young actor has a bright future and is already being recognized for the talents outside of her acting ability.

“Working with emerging talent is a cornerstone of Universal’s overall slate strategy and Marsai is a star on the rise,” Peter Cramer, president of Universal Pictures, said in a statement to CNN. “She is not only tremendously talented in front of the camera, but offers a unique perspective as a creator and producer that will resonate with all audiences.”
Martin wants to be an inspiration for young Black girls.

“I hope that all the young Black girls out there really see how a change can really happen, just by being yourself, just by any imagination you have that can run wild. You only live once so go for it.”