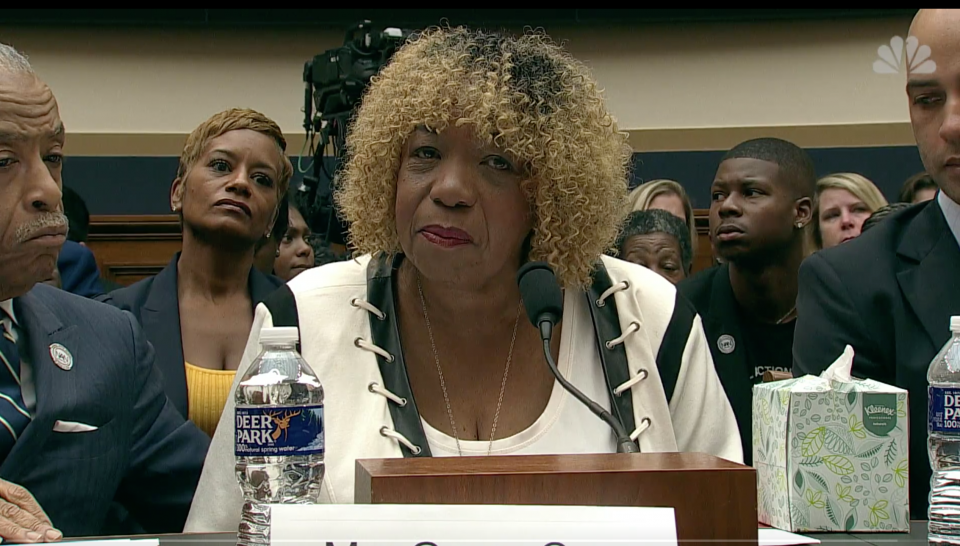 Mothers of victims of police brutality and white supremacy are known to keep their loved ones’ names alive. Continuing the fight against oppression brings on the change this country needs.

The non-profit gave Carr the award for her strength and courage shown after her son was killed by the New York Police Department in 2014.

Carr’s touching speech addressed the pain felt when a parent loses a child due to violence, and matched the group’s mission of promoting a “bully-free world.”

The 73-year-old was on the front after her son’s murder made national headlines. Garner was killed in Staten Island after being arrested for selling single cigarettes.

Garner struggled with police during his arrest, yelling “I can’t breathe” 11 times as one officer kept his arms tightly wrapped around his neck. He laid on the sidewalk, facedown and unconscious, while police waited for medical assistance. His last words of struggle were chanted during nationwide protests, which Carr frequently attended.

Since his death, Carr has started the E.R.I.C. Foundation, standing for “Eliminating Racism and Inequality Collective,” honoring her son’s legacy. Through the foundation, Carr continues her work to fight alongside the mothers of victims who may not have received the same media coverage her son’s case received. During the gala, she made a generous donation in support of the New York City-based organization.

She also published her memoir, This Stops Today, prompting her start and newfound love in the world of activism for racial equality.