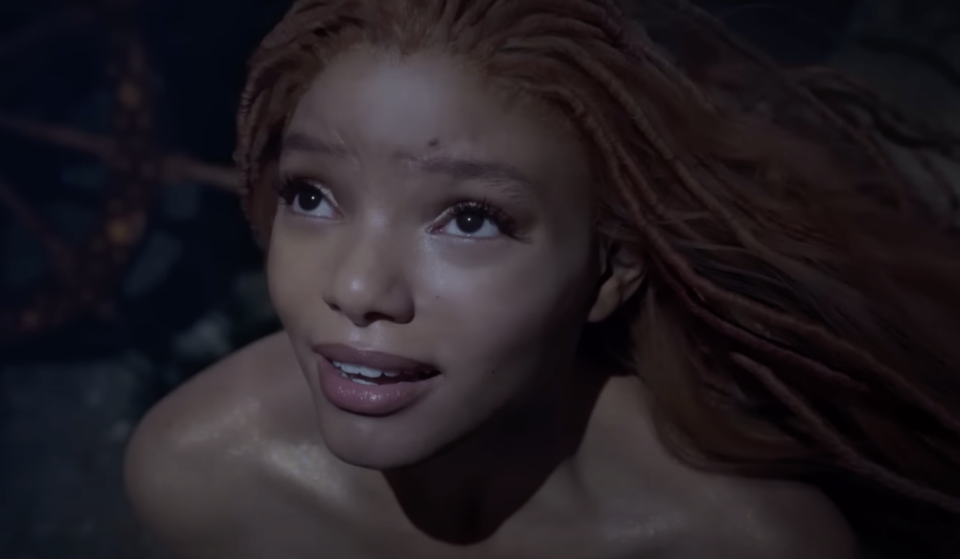 The new teaser trailer for Halle Bailey’s The Little Mermaid has been released and fans are feeling it!

Disney revealed a teaser at the Anaheim Convention Center during this year’s D23 Expo, the official Disney fan club, giving fans an official first look at the much anticipated live-action reimagination of the 1989 classic.

Directed by Rob Marshall of 2002’s musical hit Chicago, the film has been announced to make its theatrical debut May 26, 2023, reports Deadline.

At the time of its unveiling, star of the film Bailey shared that this was in fact the first time she’s seen any footage of the new Disney adaptation.

“I’m sure all of you in here can relate to Ariel and how special she is to all of us,” she said while onstage at D23. “Being a little girl swimming in the pool, imagining I was a mermaid, I never imagined that would come to life [like this].”

She continued, “The three days filming ‘Part of Your World’ was the most beautiful experience of my life — feeling all the feelings she feels, her passion, discomfort, everything she’s experiencing. It was so exciting for me to play those emotions and to have Rob directing me and being such a moving force on this film was really an honor.”

The 22-year-old actress also emphasized that in this version, Ariel’s journey won’t be bounded by a man’s love.

“I think she really just goes for what she wants. She’s not scared,” Bailey said. “And it’s not all about a boy. It’s all about what she wants for herself, and her life.”

The Grammy Award-winning singer-songwriter is joined by Melissa McCarthy as Ursula, Prince Eric portrayed by Jonah Hauer-King and Javier Bardem takes on the role of King Triton.

Screenwriters David Magee and Jane Goldman take credit for the new script, paying homage to the 33-year-old classic, and by extension the original fairytale by Hans Christian Andersen.

Marshall says he felt like it was written in the stars when asked to be at the helm of the new live-action adaptation.

“I have a special connection to this film. In 1989, I don’t know if you remember the excitement to hear a musical again. It was sort of dead — musicals were gone. Even though it was animated, we could hear people singing again and again,” gushed the theater fanatic. “When Disney asked me to do this, it felt like this incredible moment. It felt like fate.”