Halle Berry Jokes About Recent 'Catwoman Love': 'Where Were You Guys 17 Years Ago?' 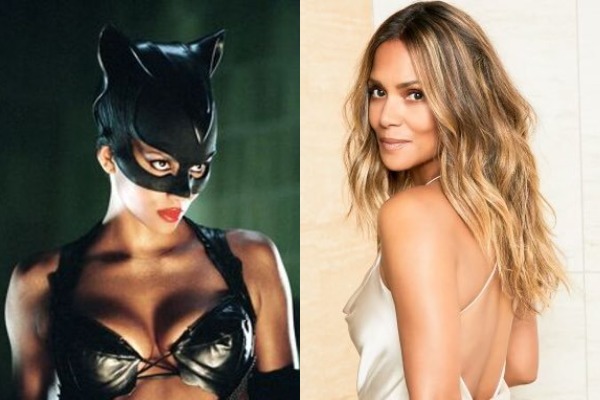 Actress Halle Berry is here for all the recent praise of her 2004 portrayal of Catwoman. Even if it did come 17 years too late.

Over the weekend, Berry caught wind of a tweet praising her work for the film she was obliterated for years ago. “I’m sorry but Halle Berry ate her Catwoman role up, idk why ppl hate that movies, it’s camp. I love it,” one fan tweeted.

Instead of ignoring it, Berry replied back while making light of all the negative reviews she received for the movie at the time.

“I’m seeing all the Catwoman love, everybody. Where were you guys 17 years ago,” Berry said with the laughing emoji.

I’m seeing all the Catwoman love, everybody. Where were you guys 17 years ago 😂 https://t.co/NI8oKeKsDT

At the time of its release, Catwoman was deemed “tired and dated,” by The Hollywood Reporter claiming, “the scripted dialogue makes you long for a mute button.” It sits at only 9% on Rotten Tomatoes and even garnered Berry a Razzie Award, given out to only the worst film and TV productions in entertainment.

While accepting her award at the satirical show, Berry cried fake tears while holding her Razzie in one hand and her 2002 Monster’s Ball Oscar award in the other.

She jokingly thanked Warner Bros. for “putting me in this piece-of-sh–, God-awful movie” and showed how lighthearted she took how horribly her movie tanked.

In 2018, she jokingly said her Catwoman role deserved another chance following the overwhelmingly negative response it received upon its release, People reported.

“Each story builds on the next. It’s like that old saying goes: behind every Black Panther is a great black Catwoman!” she said at the 2018 GLAAD Media Awards. “You know, I’ve gotten a really bad rap for this role, and I think Catwoman deserves another god—- chance, don’t you?”

Catwoman has returned in the form of a new lead, Zoë Kravitz, who will play Selina Kyle/Catwoman in The Batman, slated for release in 2022.

When asked earlier this month if she would ever reprise her Catwoman role, Berry told Variety,