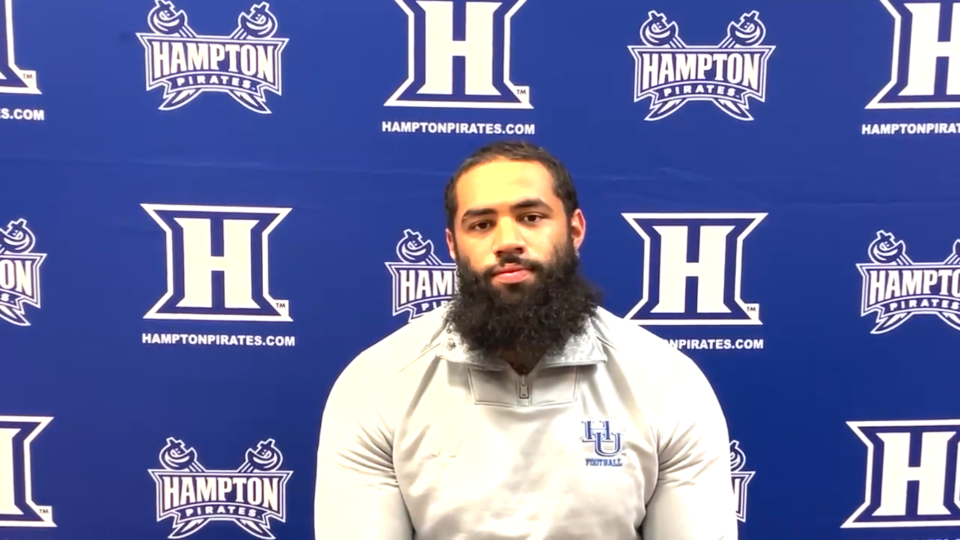 “I thought it was a good opportunity for people to set themselves up after college,” Moore said. “I personally didn’t know I would get any type of NIL deals like this, but I have seen how they help out athletes, and I think it’s great for all student-athletes at this level.”

“These are the opportunities that elevate our student-athlete experiences, education, network, and net worth,” Hampton Head Football Coach Robert Prunty. “Keshaun is an extraordinary young man on and off the field. I’m excited for him because he is continuously leading by example and raising the standards of excellence for Hampton football. He is the only HBCU student-athlete in this program, which speaks volumes about the doors he has opened for himself and wants to open for others to excel around him.”

Moore, who graduated from Hampton in May with a B.A. in liberal studies, has received honors on and off the gridiron. He was named to the Dean’s List and Honors Society. The linebacker also earned Big South All-Conference for the 2021 good season.

The WWE’s NIL program serves to recruit and develop future wrestling superstars. The Next In Line program has signed a total of 31 full-time college athletes, 25 of which are active college students.