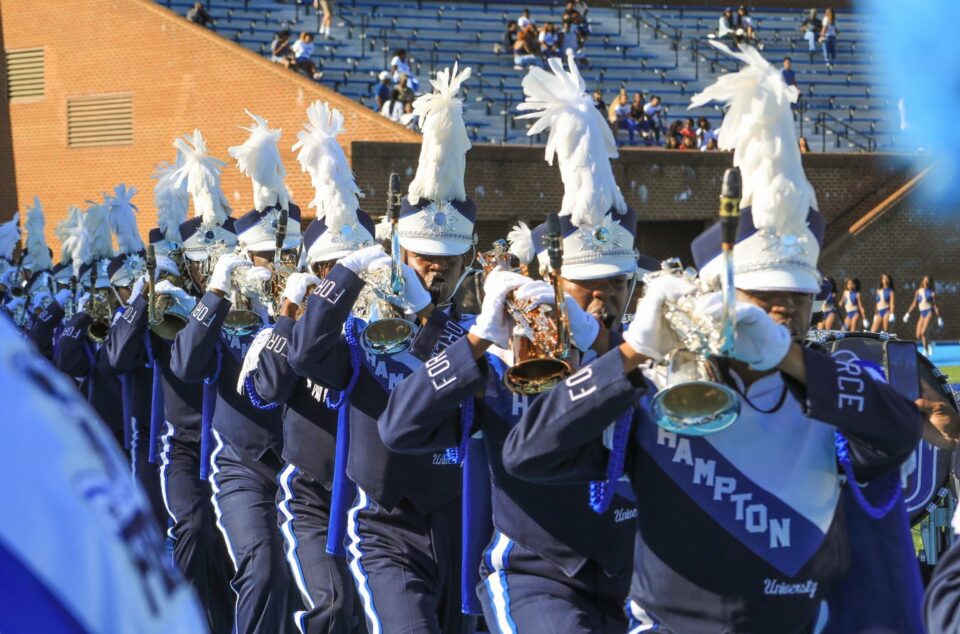 With help from Pepsi Stronger Together, Hampton University’s award-winning band, The Marching Force, is set to perform in the Macy’s Thanksgiving Day Parade for the first time in the school’s history.

It’ll be one of the biggest platforms the notable HBCU marching band has performed. Macy’s annual Thanksgiving Day Parade is watched in households all across the country. It has grown in viewership year to year among adults 18-49 and was the most-watched entertainment telecast on any network in 2020 since the Oscars, as noted by The Hollywood Reporter.

Directed by Brooklyn native Dr. Thomas L. Jones, Jr., the predominantly female marching band’s Thanksgiving Day parade debut comes one year after their invitation was delayed due to the pandemic. The Marching Force is one of eight university bands selected nationwide and the only HBCU that will be performing on Thursday.

“The goal of our band is to help put students in a better position in life through skills that they gain beyond music,” said Dr. Thomas L. Jones, Jr., Hampton University’s Director of Bands. “Thanks to Pepsi Stronger Together, we’re able to give these students an incredible once-in-a-lifetime experience on a huge national stage.”

“From our ‘She Got Now’ internship program to other HBCU-specific donations, and as a Hampton alum myself, I’m so proud to see another piece of PepsiCo’s commitment to supporting HBCUs come to life.”