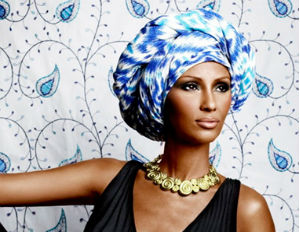 Supermodel Iman celebrates her 60th birthday on July 25. Sure she’s known for modeling some of the top designers in the world–Yves Saint Laurent,Â Thierry Mugler, andÂ Gianni Versace,Â to name a few. But beyond strutting down runways all around the world,Â ImanÂ is a businesswoman, philanthropist, wife, and mother who has revolutionized the way people live their lives.

In celebration of her birthday, here are a few highlights from her career: