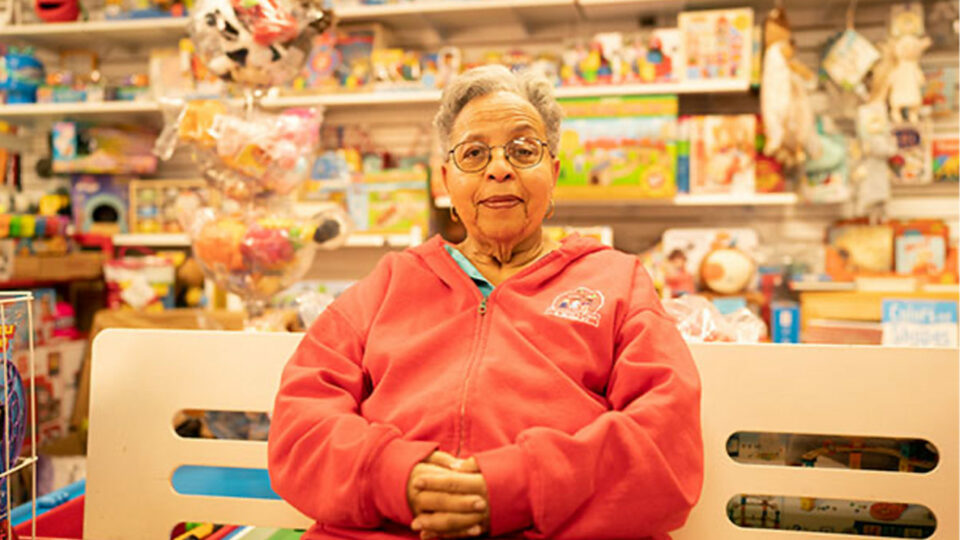 “Grandma’s can spoil you, and that’s what I love doing,” Harris-Martin says in her documentary highlight.

“Grandma Dawn” shared how she was inspired to open her toy store over two decades ago “so that my kids can see themselves in their toys.”

She likened her life as an entrepreneur and business owner to that of a marathon runner.

“Running a business is a lot like running a marathon,” she said. “You have to keep your head up and finish strong.”

Harris-Martin opened the toy store back in 1999. The retired school teacher initially had the shop set up to serve as a child literacy center next to her own brownstone home. But as the years passed and the rent was doubled, the shop expanded into selling books and toys for children.

“I’m thrilled to death about it,” she said. “At 81 years old it’s a pretty exciting time of my life.”

Grandma Dawn has plans to launch a bookmobile that serves as a traveling book store for kids.

“It’s going to be a reality that there will be a bookmobile giving out books and games and care packages with socks and underwear,” she said.