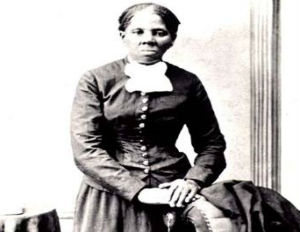 An African American woman may be the new face of the $20 bill and only the second woman to appear on US currency. Harriet Tubman has won an online poll asking which woman should be featured on the $20 bill, according to Time.com. The contest is part of the Women on 20s campaign, which seeks to put a female face on the $20 bill. Women on 20s is a nonprofit dedicated to the push for woman representation on the U.S. bill currency. As of now, the only woman on any U.S. money is Susan B. Anthony whose face is depicted on a dollar coin.

[Related: New Money: Harriet Tubman Could Be the Face of the $20 Bill]

More than 600,000 people voted in the online poll, and Tubman won with over 33% of the vote, beating runner-up Eleanor Roosevelt by 7,000 votes. Tubman was and escaped slave and abolitionist who devoted her life to working as a “conductorâ€ on the Underground Railroad, helping other slaves get to safety. She also served as a spy and scout for the Union Army during the Civil War.

According to the organization’s website, in the Women on 20s vote, Rosa Parks came in third, with 64,173 votes, and Wilma Mankiller, the first woman to become the Cherokee Nation’s chief, was fourth, with 58,703. Others on the ballot included Susan B. Anthony, Sojourner Truth, Clara Barton and Elizabeth Cady Stanton.

The $20 bill currently features former President Andrew Jackson. “Our paper bills are like pocket monuments to great figures in our history,â€ Women On 20s Executive Director Susan Ades Stone said in a statement, reports Time. “Our work won’t be done until we’re holding a Harriet $20 bill in our hands in time for the centennial of women’s suffrage in 2020.â€

Petitions to put Harriet Tubman on the $20 bill were delivered Tuesday to the White House Council on Women and Girls (addressed to Chair Valerie Jarrett and Executive Director Tina Tchen) and to the office of U.S. Treasurer Rosie Rios. Historical figures on U.S. currency are bound by tradition, they appear at the discretion of the secretary of the Treasury Department. What’s more, it takes years for the Treasury to roll out new or redesigned bank notes.

According to Time, the Women on 20s campaign got a boost last month when Representative Luis GutiÃ©rrez, a Democrat from Illinois, introduced legislation calling for a woman to be featured on the $20 bill.