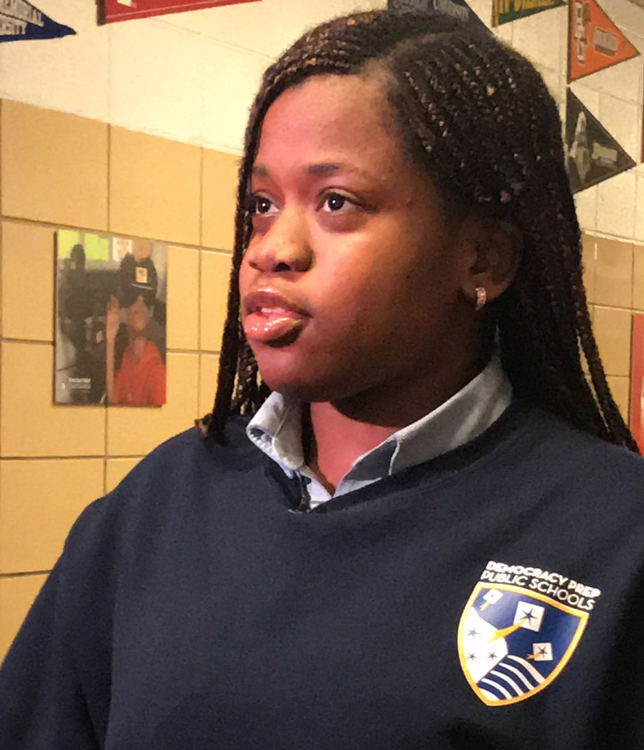 It’s a proud moment whenever anyone gets into Harvard, widely considered the best college in the world—but what about for those whose first language isn’t even English? That takes the accomplishment to a whole other level.

Giving Herself Every Opportunity

That’s the story of young Xaviera Zime, who came to the U.S. from Cameroon when she was 8. She and her family spoke French, but not a word of English.

“I went to the library often,” Zime says of how she learned the language. It helped that all her classes were in English, but she also made use of French-English dictionaries to accelerate her fluency. Everyone in her household was also committed to learning the language.

She says she didn’t know where she wanted to go to college until recently. “I never wanted to be in a position of not being able to apply to a school because my test scores weren’t high enough.

“I took as much control as possible with my grades. I pushed myself, because I wanted to give myself as many opportunities as possible. ”

Zime says she took advantage of a test prep class her school offered. “I did my best to maintain a high GPA, but I wanted to have test scores that would match my transcript, so I took the test prep very seriously.”

An Immigrant in the U.S.

“The stigma around immigrants of color can be discouraging at times,” the thoughtful 17-year-old told me, “especially in the current political climate of the United States.”

Zime says she refused to let the stigma influence the standards she set for herself, otherwise her grades would have suffered.

“You cannot ignore what is happening around you, because you must know your circumstances and where you stand in society, but also you need to make that knowledge useful.

“If you know that because you’re an immigrant you’ll need to work harder, you take it with a grain of salt and push through. You can’t let those pressures bring you down.

“There will always be pressures—in high school, in college, and after college. But you can’t let them stop you from being your best, because if you do, it’s going to be easier to keep letting them stop you.”

Zime is continuing a family tradition of excellence. Her older sisters currently attend Yale and Dartmouth; her oldest sister graduated from the University of Vermont. Her younger sister (Zime has no brothers) has great examples to follow.