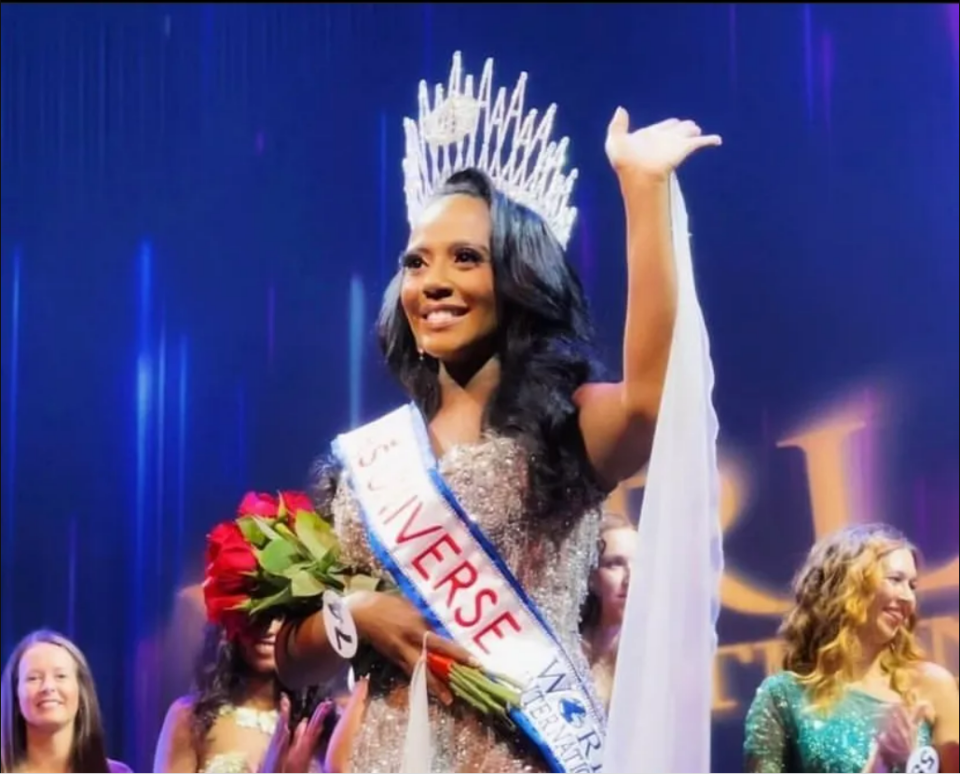 For Juanita Brown Ingram, earning her crown as the 2022-2023 Mrs. Universe wouldn’t have been possible without her village. Now she has the opportunity to continue paying her influence forward.

“It is very surreal and a tremendous blessing,” Brown Ingram told Fox Chattanooga. “I have wanted this title for quite some time.”

Brown Ingram is no stranger to the competition or winning. The Singapore-based a​ttorney, author, actress, and award-winning TV producer was the first African-American woman to compete in and win Mrs. Indiana in 2007. She later became the first African-American Ms. World International in 2012. The other titles on her shelf include Mrs. UK Universe 2013, Mrs. Great Britain World 2011, and Mrs. UK International 2014.

Representation still matters in competition and the new queen is serving her stunning middle age with pride. A wife and a mother of two, Brown Ingram is a woman who lives her passions out loud.

“Getting to the place of being your best self takes a lot of work especially for us married ladies and women who are over a particular age,” she said Fox Chattanooga. “I am proud to say that I am 45 years old or 45 years young.”

The Mrs. Universe title doesn’t fall in the same category as other pageant titles. It is not only third on the hierarchy, but it recognizes those who are married. According to the Ms. World International website, to qualify for the Mrs. Universe title, contestants must submit a valid copy of their marriage license.

The Chattanooga native holds a Bachelor’s Degree in accounting from her HBCU alma mater Tennessee State University as well as a master’s in business administration and a law degree from the University of Memphis.

In 2018, she founded Purpose Productions Inc., a women-led production company that creates films, documentaries, and shows catered to the empowerment of women.

Brown Ingram, the founder of Dress for Success Chattanooga, will continue dedicating to service through another chapter she launched in the UK called Dress for Success in Greater London. She and her team provide women free clothing and preparation and training ahead of their job interviews.