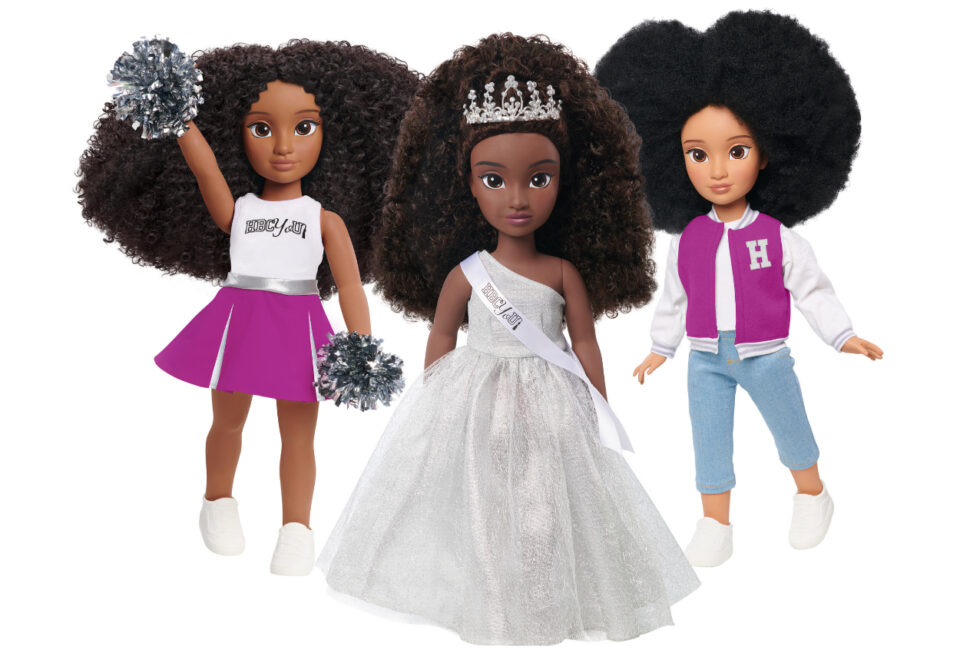 (Image: mypurposetoys.com / Screenshot). HBCyoU Dolls are 18-inch dolls that aim to “Share the Magic of Historically Black Colleges and Universities” by advancing the concept of higher learning to young children through play.

Kids can experience the magic of HBCUs by owning one of the charming HBCyoU Dolls, created by a Hampton University alumna and produced by one of the largest Black-owned toy startups.

The cute, culturally-relevant dolls are one of two new purpose-driven toy brands sold and distributed by Purpose Toys. Now sold in Target, the 18-inch HBCyoU Dolls is intended by its founder/creator, Brooke Hart Jones, to share the magic of HBCUs with children far and wide.

HBCyoU Dolls feature three characters, all with melanated skin and textured hair, which is “designed to give children a sense of ethnic familiarity and be an aspirational role model — who dreams big, sets goals, works hard, and manifests a rewarding future for herself,” according to the product’s highlights.

“While ‘diversity,’ ‘representation’ and ‘inclusion’ are slowly becoming the corporate norm, more work needs to be done to bring cultural nuances, authentic brand stories, and Black ownership to the toy aisle. We hope to affect positive change not only in toy development but in business overall,” said DeeDee Wright-Ward, founder of Purpose Toys, BLACK ENTERPRISE previously reported.

Priced at $34.99, the characters include “Hope Student Body President Doll”, “Homecoming Queen Doll Nicole,” and the “Cheer Captain Doll” that rep the logos of select HBCUs such as Clark Atlanta University, Florida Agricultural and Mechanical University, and Tuskegee University. From removable varsity jackets, HBCyoU T-shirts, jeans, and sneakers, outfits are interchangeable with other 18-inch dolls in the HBCyoU line. The dolls aim to enhance cultural identity for children who seek cultural play experiences ages three and up.

Each doll represents the average HBCU student, including a major and extracurricular interest including pre-med, physics, and captain of the debate team.

Get your dolls now!