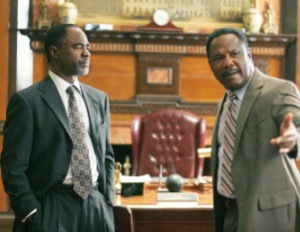 Shows like The Wire and The Sopranos will be available, as well as certain seasons of newer shows.

Don’t have HBO? Have Amazon Prime? Well the two companies have just announced a partnership that will let you watch HBO content through Amazon Prime Instant Video service.

The agreement will make Amazon Prime’s service the only place you can (legally) watch HBO shows without having a subscription to the cable channel.

The “multi-year agreement” will include the entirety of television shows like The Sopranos, The Wire, Deadwood, and Rome, and documentaries and comedy specials from Louis CK, Bill Maher, and Ellen Degeneres.

Initial seasons from more recent shows like Girls, Newsroom, and Veep will be available three years after they air.

If you were hoping you could watch some Game of Thrones, however, you can forget it. The company seems to be holding on to its crown jewels in order to entice new viewers to subscribe to HBO proper.

Previously, in order to watch HBO content, you’d normally need a subscription to the premium cable channel, which also gave you access to the on-demand HBO Go app. Amazon’s Fire TV, which is currently lacking the app, will have it by the end of the year.

HBO’s content is scheduled to arrive on Amazon’s service May 21.

HBO on Amazon is an agreement that will help both parties, according to HBO executives. “Amazon has built a wonderful service–we are excited to have our programming made available to their vast customer base and believe the exposure will create new HBO subscribers,â€ said Charles Schreger, President of Programming Sales for HBO.

Schreger could be right. HBO’s most popular shows like Girls and Game of Thrones are also some of the most pirated shows in history, a metric that indicates outrageous demand for them. While most people either don’t want or can’t afford a subscription to HBO, many do have an Amazon Prime subscription for free two-day shipping of most products, with an entire media library being an extra perk.

With the release of Amazon’s Fire TV, the online retailer is becoming more of a media company than before.

The move is a boon for Amazon, which recently increased the price of its Amazon Prime service to $99 per year in order to cover shipping costs and increase content for Prime subscribers. It’s also a definite plus when compared to Netflix, whose licensed content is mostly available on Amazon as well, and has few original shows of its own.

HBO has been reluctant to break off into the streaming-only market, but with this latest announcement it could be just the thing both HBO and Amazon need to lure prospective viewers into subscribing to HBO proper and watching Amazon’s own original programs.