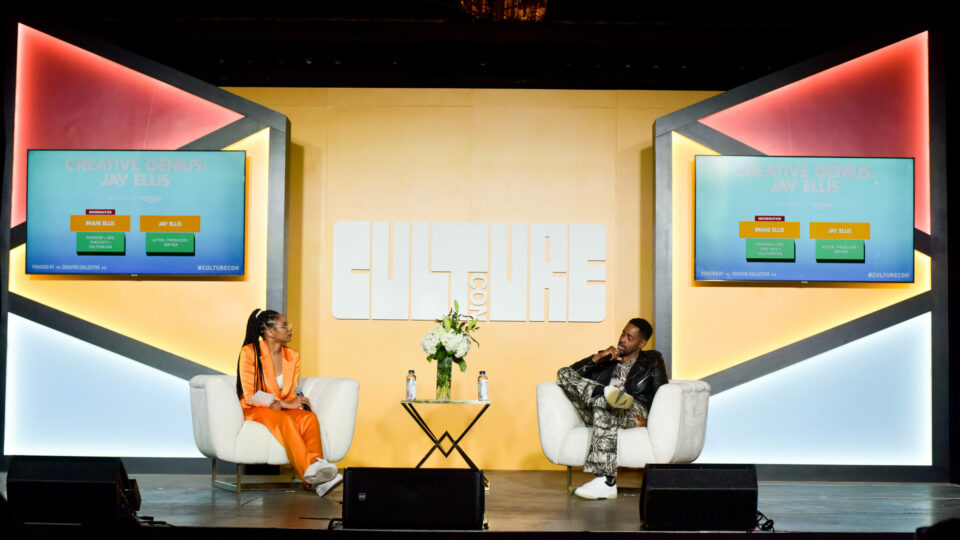 The Creative Collective NYC premiered its first-ever three-city tour over the weekend, with its first stop in Atlanta.

Founded in 2016 by NBCUniversal communications executive Imani Ellis, The Creative Collective NYC (The CCNYC) hosts year-round events for creative millennials of color, including its marquee event CultureCon, which is noted as the fastest-growing conference for multicultural creatives. Each year, CultureCon empowers young professionals and entrepreneurs to hone their craft and offers them the opportunity to network and learn from seasoned creators.

“Why can’t we have everything we deserve? We deserve spaces where we can be brave, free, and commune [with one another]. That is what CultureCon is all about,” Ellis told BLACK ENTERPRISE.

The conference also included a series of panels that focused on the impact of television, the importance of Black representation in film, and the business side of the entertainment industry. One session, presented by HBO Max, showcased Issa Rae’s new show Rap Sh*t, about two high school friends from Miami who reunite to form a rap group. The panel was composed of showrunner and executive producer Syreeta Singleton and cast members Aida Osman and KaMillion. The discussion, moderated by TV host Brandon “Jinx” Jenkins, touched on the intersection of TV & music and the inspiration behind the show.

“Both Issa and I are very passionate about telling stories about all different types of Black women,” Singleton explained. “I think Shauna and Mia are on opposite sides of the spectrum. I also think it is important to have this conversation about Black women in hip-hop. That idea that rap needs to be this way — that it needs to be about the struggle or it needs to have a message. It’s supposed to be about vibes and making music together, and you can explore and talk about anything.”

Similar to the conversation surrounding equity in hip-hop for Black women, during the panel “Pushing Culture Forward” presented by Meta’s We The Culture, Saucy Santana discussed the need to create spaces for LGBTQ artists. Before his session, the openly gay rapper applauded queer artists of color for being more front-facing in the entertainment industry.

“Before, most LGBTQIA+ in the industry were hairstylists, [wardrobe] stylists, and makeup artists. We were kind of behind the scenes, but now people are starting to warm up [to the idea of us],” said Santana, who recently announced a groundbreaking deal with RCA records. “Open, Black, and feminine gay rappers have a chance to be in the forefront” rather than being perceived “as a gimmick rapper or somebody that went viral,” he told BE.

During the creative genius session, Kandi Burruss announced that she and her husband, Todd Tucker, are now executive producers of August Wilson’s Piano Lessons. “I’m so excited about that, and that’s even more of an opportunity to continue to see Black faces on Broadway. It was once called the great white way, so we got to make it.”

Kandi also expressed her excitement for winning a GLAAD award for Thoughts Of a Colored Man and her hopes to gain a Tony nomination for the revolutionary show.

“It was groundbreaking to have the first show starring seven Black men on Broadway with an all-Black producer team. For us, as well as for myself, it’s all about furthering diversity on Broadway and in rooms that we normally can’t get in,” Burruss said.

Jay Ellis also discussed what it was like working on the set of his new film Top Gun Maverick. “Getting the opportunity to be in Top Gun Maverick was amazing. It was like a dream come true. I felt like a little kid. My dad was in the Air Force, and my grandpa was in the Air Force. So, I grew up around aviation and jets. I grew up watching Tom Cruise films, and now it feels like all these things are coming together on time.”

He also shared his advice for young aspiring actors, “I believe in watching and learning from the people you want to be like in your career. You are going to have your own twist and turns, but there are folks out there that you can watch and listen to their steps and how they got to where they are,” Ellis stated.

Stacey Abrams also graced the stage to talk about her campaign, the importance of HBCUs, and the need for creative forums like CultureCon.

“Our most important investment in the metro Atlanta area is going to be making sure that students have access to need-based aid. We know that the hardest part about graduating from an HBCU is having the resources to stay,” she said. “The second most important point is having access to job opportunities while you’re in school, so that you’re learning your craft and that you are able to apply your trade and get better. So, as governor of Georgia, I’m going to work to make certain that we have apprenticeships, internships, and mentorship available for young people at HBCUs.”

In addition, the event dedicated itself to empowering Black-owned businesses by creating the small business market powered by Square and Cash App, uplifting businesses like Comfiart and Tila Studios.

“Only 4% of art across museums and galleries are from Black women artists. Tila Studios is a visual arts incubator. We help empower Black woman visual artists to create and showcase their art,” the founder of Tila studios, Tiffany Latrice, stated. “I feel like a lot of people are influenced by the city of Atlanta. A lot of people come here to get inspiration to get to know different creatives, but to see a brand like this activate in the city and bring our people out to see what we have to have to offer is magical,” Latrice added.

The next stop on the CultureCon tour is in Los Angeles on June 16-18.