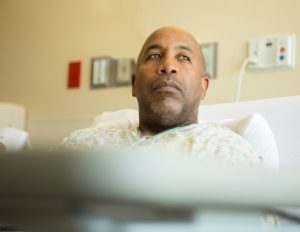 Blacks are twice as likely as whites to die from their first heart event, a new study shows. Preventing a first heart attack may, therefore, be more crucial for blacks, researchers said.

“Our concern is that blacks may not be seeking medical attention for important symptoms that could signal heart problems,” said the study’s senior researcher Monika Safford, M.D., John J. Kuiper Professor of Medicine and chief of General Internal Medicine at Weill Cornell Medical College in New York.

In the analysis of several studies, reported Monday in the American Heart Association’s journal Circulation, researchers found that in two studies, black adults ages 45-64 have about twice the risk of fatal events compared with whites. The same is true for older people, although to a lesser degree.

The higher risk may be due to cardiovascular risk factors and so-called social determinants of health—the conditions in which people are born, grow, work and live, the study found.

However, accounting for these same factors resulted in a lower risk of nonfatal events in black men compared to white men, with similar patterns among women that were not statistically significant.

It was a finding that surprised researchers given that blacks have a higher burden of unfavorable social determinants of health and cardiovascular risk factors. The findings suggest another factor the researchers could not measure may be driving the results.

“Greater public awareness of heart attack symptoms would benefit everyone,” Safford said. “Many people think that heart attacks are only present if they have severe chest pain. In fact, many heart attacks cause only mild symptoms and people may mistakenly think they are having a bout of indigestion.”