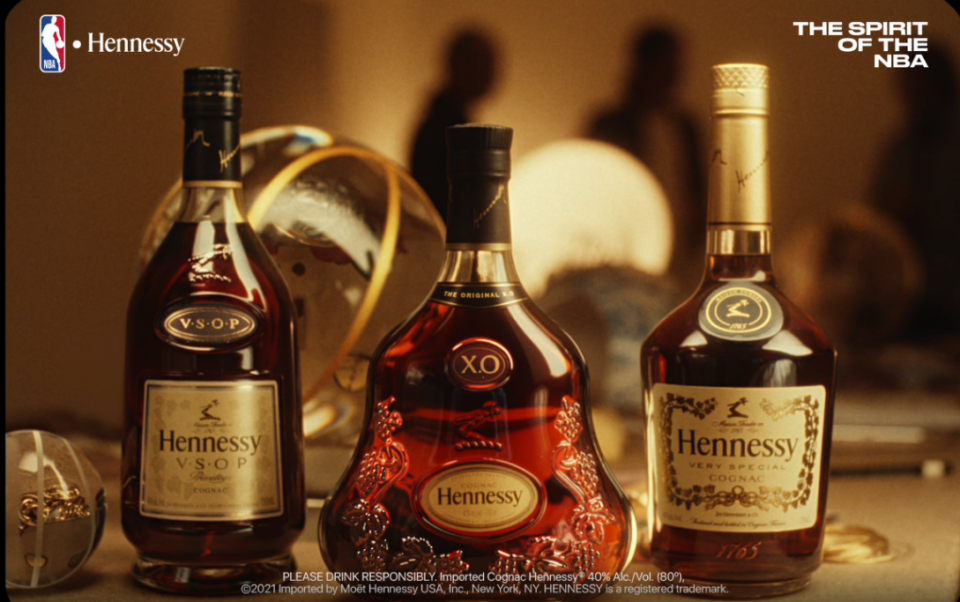 The campaign—called Make Moves That Start Movements—will debut during the second round of the NBA Playoffs, which began Sunday. It features a short film depicting the journey of a basketball to demonstrate just how far the game can take us. The film also pivots to shine a light on the communities that are moving the culture and the game of basketball forward.

The Make Moves That Start Movements campaign also highlights those who are forcing change and starting new conversations including nine-time NBA All-Star Russell Westbrook, who discusses designing fashion with purpose; director Joshua Kissi, who talks about spotlighting diverse perspectives through film; Literally Balling artist, Victor Solomon, who speaks on crafting the game beyond the court and founder of Hoop York City, Alex Taylor, who discusses creating space on the court for women.

“The NBA has always demonstrated a desire to push the game to new heights and into new arenas of culture,” Hennessy US Senior Vice President, Jasmin Allen said in an emailed release. “Led by the actions of players, the league and the larger basketball communities that embody Hennessy’s Never Stop. Never Settle. ethos, the game’s influence goes well beyond the court to impact communities around the world, serving as the inspiration for Hennessy’s new campaign.”

The Make Moves That Start Movements initiative allows Hennessy to extend its Unfinished Business platform to the NBA and will include league-specific activations and plans. Hennessy’s Unfinished Business Program has provided more than $5 million in funding to Black, Asian, and Latino small business owners.

Hennessy will subsequently roll out the film and commercials across broadcast, digital, and social channels.