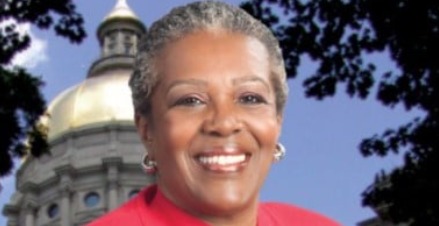 Henrietta Turnquest, the first Black woman to serve as assistant floor leader in Georgia, died March 29 in Mobile, Alabama, according to the Atlanta Journal-Constitution. The cause of death was complications from Alzheimer’s disease. She was 73 years old.

A memorial service was held April 26.

Turnquest, a lawyer who served under Governor Roy Barnes in her historic role, also spearheaded the integration of the Georgia Association for Women Lawyers.

“My mother was in the vanguard,” Turnquest’s son Malcolm told the Journal-Constitution. He noted that she was initially one of fewer than 50 black female attorneys in Georgia and was among the initial handful of women of color elected to the Georgia General Assembly.

Turnquest stood up for additional causes and groups such as small business owners, African American entrepreneurs, seniors, and child welfare advocates. She worked on behalf of organizations in legislative and lobbying roles.

“Her big thing was public policy advocacy,” attorney Bettieanne Hart told the AJC. “She wanted to engage communities with what was going on after an election. Most people think if you just vote somebody in it will be OK.”

Hart’s remarks are partially underscored by Turnquest’s LinkedIn account, where she identified herself as the founder of Advocacy for Seniors LLC. On the social media platform, Turnquest said she was a senior who was committed to working on her peers’ legal and lifestyle concerns, so that they could have a sense of security.

“We are especially concerned with helping others design opportunities for future generations rather than throwing away the fruits of their success,” Turnquest wrote.

Georgia-based Metropolitan Atlanta Rapid Transit Authority (MARTA) offered condolences on its website and mentioned another noteworthy accomplishment: In 2003, Turnquest became the first African American woman to be appointed and to serve on the MARTA board of directors.

“While her service ended with her resignation in May 2004, she continued to work to support and improve MARTA’s service to the community,” MARTA General Manager and CEO Jeff Parker said in a statement.