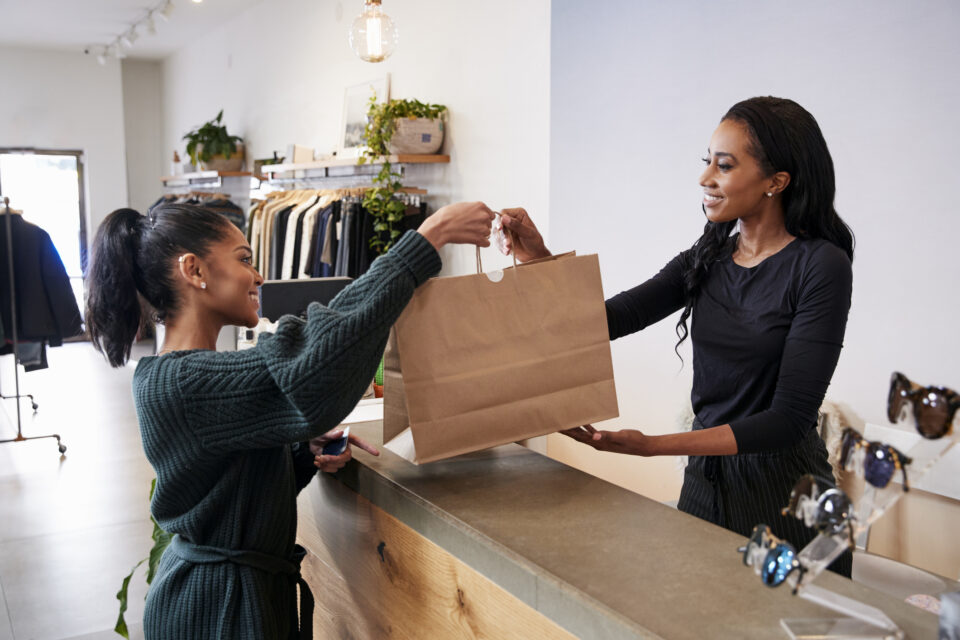 Resilient is the perfect word to describe how Black companies continue to operate, innovate, and advance in today’s unpredictable environment.

There have been bright spots. According to research from Robert W. Fairlie, a University of California Santa Cruz economist, the number of Black-owned companies in the U.S. is 30% higher than before the pandemic struck two years ago. Much of that gain derives from Black women — the nation’s fastest-growing segment of entrepreneurs.

However, the decades-old issue of closing the racial wealth gap relates to driving the financial health of communities of color through Black entrepreneurship. For example, in 2016, BLACK ENTERPRISE reported that a dollar currently circulates in Asian communities for 30 days. In white communities, it stays 17 days versus only six hours in the Black community. The upside: If high-income Black consumers spent a minimum of $1 out of every $10 with Black-owned businesses, that exchange would garner a whopping 1 million jobs for Black Americans.

A buy Black guide for our businesses

In celebration of National Black Business Month, BLACK ENTERPRISE and Nationwide have teamed up to present this special Buy Black Guide to illustrate how people can support Black companies year-round.

Kenneth Harris, president and CEO of the National Business League (NBL), the largest nonprofit to promote the commercial and financial development of Black companies started by Booker T. Washington some 122 years ago, weighs in. He says the nation’s 41.6 million African Americans represent an estimated $1.6 trillion consumer economy that can drive the growth of the Black entrepreneurial ecosystem.

“Black people should be the number one consumer and supporter of Black businesses, as a first option when it is time to patronize and spend or invest money in the marketplace, using the power of the mighty Black dollar to help Black businesses grow and hire.”

Harris adds that the digital economy allows Black people to support such firms beyond consumer patronage. He says this can be done by using social media for “promoting, celebrating, and highlighting Black business success, every opportunity we get.”

On Aug. 23, NBL will conduct its Black Economic Freedom Movement. The national campaign aims to digitize 1 million Black businesses and accelerate Black communities to find pathways to economic freedom and empowerment through business ownership. For more details, go to www.nationalbusinessleague.org.

Black consumers are exposed to powerful examples of supporting Black businesses. Take Maggie Anderson, author of Our Black Year: One Family’s Quest to Buy Black in America’s Racially Divided Economy. Though written in 2013, her advice is still valid today.

Anderson has been evangelical in her advocacy of Black people. In a 2012 BLACK ENTERPRISE column, Anderson offered a series of pointers mandating buying Black.

She wrote, “Jump-start your new lifestyle by altering your spending habits on what is most convenient. Subscribe to a Black newspaper or magazine, support Black designers at the department stores, buy Black-made products at mass retailers and grocery stores, open an account at a Black-owned bank, and buy gift cards at a Black-owned McDonald’s or Burger King [franchise].”

Anderson told consumers to select one Black company for essential services. Then, she urged them to form a relationship by patronizing the company regularly. She suggested Black people should “become a repeat customer at a Black dry cleaner, mechanic, or bank.” Why not have your paycheck directly deposited into an account at a Black financial institution?

Ramp up your campaign by conducting internet searches for Black business directories online or via social media. For instance, this site offers 15 Black-owned directories. Delve into Facebook, Instagram, and Twitter as networking platforms. Top hashtags that are Black business backers are #BuyBlack, #NotOneDime, and #BlackOwnedBusiness.

Entrepreneurs can boldly launch new ventures while supporting Black businesses. As a vehicle for social activism tied to the rise of police shootings of Black men, rapper, Michael “Killer Mike” Render, launched a #BankBlack movement six years ago. By 2020, he became one of the founders of Greenwood, an Atlanta-based digital banking services platform for Black and Latino individuals and businesses. Greenwood reported in May 2022, it plans to open to the public once its customer waitlist is exhausted.

A big advocate of economic empowerment for Black Americans, the National Urban League offers tips for supporting Black businesses. Some resources you may be unaware of to help sell products and reach new markets include:

Marc Morial, president and CEO of the National Urban League, stated, “As we return to normal, we must ensure that there are more resources available for future Black entrepreneurs and make a concerted effort to find and patronize the businesses that already exist within our communities.”

Here are more ways you can begin showing support for Black companies, whether you are a consumer, entrepreneur, or large company.

Be willing to go out of your way to shop at a Black business, grub at a Black-owned restaurant, and more. Hire a Black lawyer, accountant, or doctor. Take your suit or dress to a Black-owned tailoring company. Men chop it up with a Black barber, and women get their hair and nails done at a Black beauty salon. Other Black businesses can be found at Black Girl PR and Oprah Daily.

Black business owners can boost sales by becoming suppliers to other Black businesses and mainstream companies. Companies on the BE TOP 100s list could be prime candidates, along with firms on the BE Auto and Financial Services lists. Consider many of those companies themselves are looking for Black suppliers. Fully explore companies like Nationwide with strong supplier diversity and development programs.

Major corporations like Nationwide have pledged billions of dollars to Black companies and vowed to engage in more business with these firms in the aftermath of the murder of George Floyd. Over 25 companies, including Ulta Beauty and Macy’s, have signed the 15 Percent Pledge to offer more shelf space to Black entrepreneurs. The site also includes a broad listing of Black-owned brands and tips for becoming a supplier to large companies.