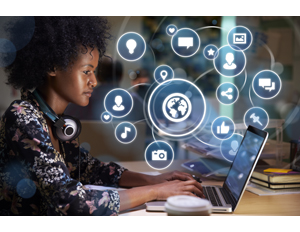 John Oliver, the acerbic host of TV’s Last Week Tonight, issued a call-to-arms to his audience to respond to the latest threats against net neutrality.

Oliver told his audience, “Once again, net neutrality is in trouble,” reports USA Today. Soon after, the hashtag #GoFCCYourself was trending. Internet users have been overloading the comment section of the FCC’s site, taking the site down.

The Trump administration and its newly appointed FCC chair Ajit Pai have made clear that they are intent on dismantling the net neutrality protections put in place by President Obama.

In an interview with NPR, Chairman Pai was in favor of rolling back net neutrality provisions because he felt that the previous FCC chair “unnecessarily inserted the government into the internet economy, stifling its innovation and growth.”

Proponents of net neutrality say it is regulation designed to keep the internet open and accessible for everyone.

Mignon Clyburn, an FCC commissioner appointed by the Obama administration, recently told Black Enterprise, that is may be hard to get rid of net neutrality.

“I am confident that net neutrality stands,” said Commissioner Clyburn. “It’s going to be very hard to improve on what I think is the best means of ensuring a free and open platform that has enabled millions in this country and billions around the world to take advantage of opportunity.”

“People have a tendency to focus on some of the big picture aspects when it comes to open internet, “she continued. “I call it open internet because, for me, that describes it so clearly. When we talk about freedom of expression, to flourish, I can’t think of any other platform that has been so empowering. There should be no tolls, no barriers. If you should not prefer my website over another [for example], I should be able to use any device of my choice if it’s not harmful. I shouldn’t be blocked or limited because I don’t have social, economic, or political ties to big business or the industry. It’s going to be difficult to talk people into moving away from the protections we have been allowed.”

Another late night talk show host, Stephen Colbert, is also currently in the FCC‘s sights. After Colbert made what some deemed crude remarks about Trump’s relationship with Putin, Chairman Pai told a radio show that the FCC, “… we’re going to take the facts that we find and we are going to apply the law as it’s been set out by the Supreme Court and other courts and we’ll take the appropriate action,” about Colbert’s comment.