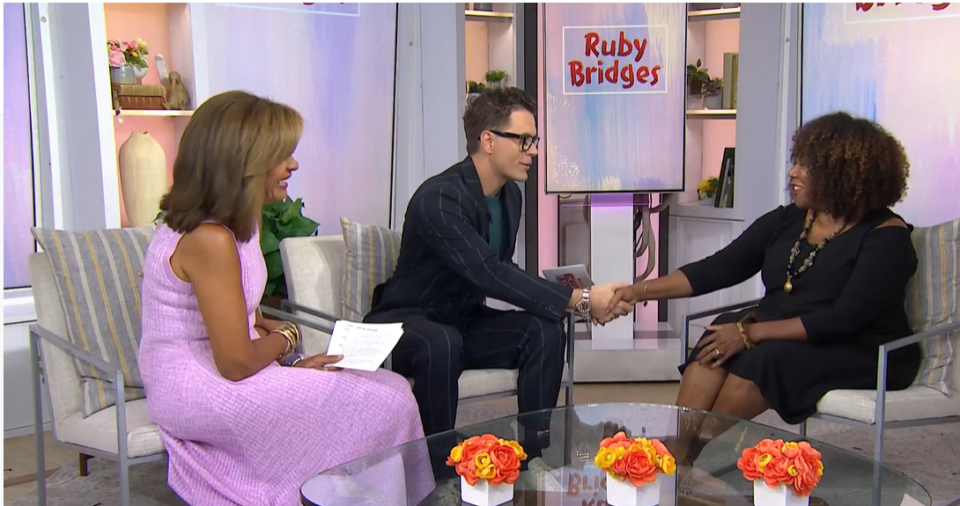 The groundbreaking Ruby Bridges is telling her most personal story yet. To mark today’s release (Sept 6.)  of her new children’s book, the award-winning author has a poignant message for the kids.

Bridges became the first Black child to integrate the all-white William Franz Elementary as a six-year-old little girl, and  I Am Ruby Bridges will be told from her innocent, child lens. Bridges chronicles the struggles she faced attending her nearby elementary school. She and her mother were escorted by four federal marshals every day that year as crowds hurled vicious death threats and racial taunts..

Bridges told Today that she yearned for friendship. White parents removed their children from school to avoid her and the remaining white students disassociated themselves.

“After being in an empty classroom for almost a year…a little boy said to me, ‘I can’t play with you, my mom said not to, because you’re a n—–.’ I don’t even think it was that he didn’t want to play with me. At 6 years old, he was explaining to me why he couldn’t: Because his mom said not to. At that moment, she had exposed him to racism. At 6, that’s when I had my wake-up call,” Bridges said.

Now, 67, Bridges is channeling her younger self and encouraging other kids to be kind and compassionate to one another no matter their differences.

“There’s a message that I often leave with kids, and it’s that racism has no place in the hearts and minds of our children,” the civil rights activist said. “If we’re going to get past our racial differences, I believe it’s going to come from our kids.”

I Am Ruby Bridges is an intimate look into the landmark moment that changed the face of history and the trajectory of the Civil Rights movement.

In 1960, Bridges was a first grader whose innocence and courage paved for the way for generations of Black youth. Now she’s authored a necessary learning tool for schools and libraries to teach her story and introduce it to young readers in a way that has never been done before.

“It’s not just about my experience integrating schools,” Bridges explained in a statement. “It’s also about the innocent ways that a child sees the world. Writing as my six-year-old self reminded me how differently kids interpret things than adults do. Children are much better at finding humor in everything, and even in times of great challenge, that’s what this book really does. It allows young kids to learn history in a fun way, which is something that I’m very passionate about.”