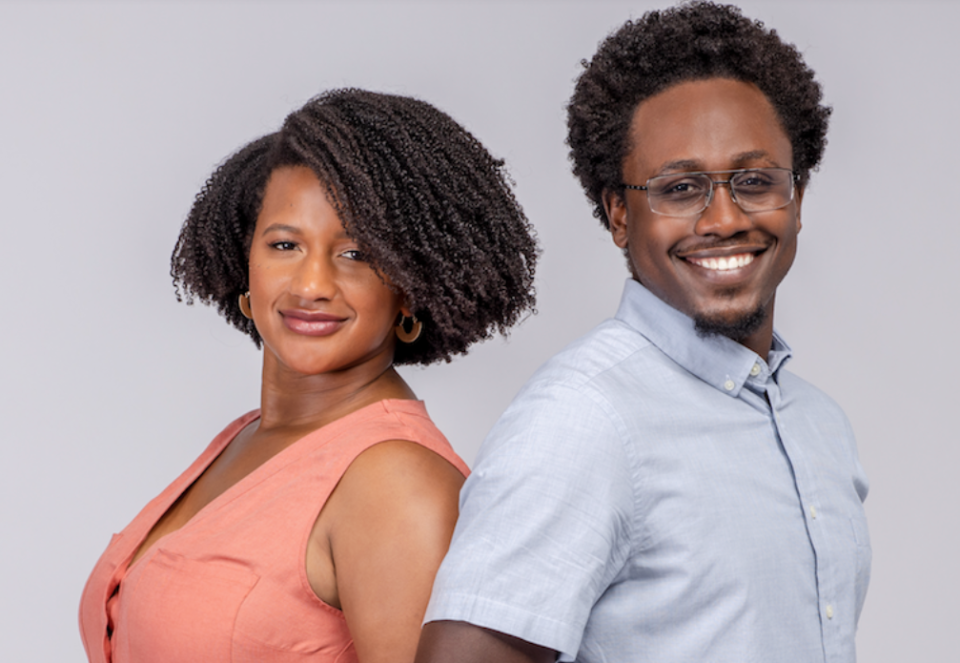 Last month, the couple launched an equity crowdfunding campaign for their haircare brand and raised over $1 million within four hours. In less than seven weeks, CurlMix has raised over $4.2 million.

“When I met Tim, neither of our families had much money but we didn’t care, we figured we could build together,” Kim posted on Instagram. “We wanted to be the change and still do. Investing allows us to build wealth for ourselves and our community.”

Kim and Tim Lewis were raised on the south side of Chicago. They attended Morgan Park High School and have been together since they were 16.

“When I met Tim in second-period gym class, I did not think we would build a multi-million dollar company that employs our community and serves women of color,” Kim shared on LinkedIn.

After graduating college in 2013, Kim Lewis landed a job making nearly six figures. But her vision couldn’t be confined to a cubicle. She quit her job with no savings or job lined up, relying solely on her creativity to determine the next steps. That’s when she decided to sign CurlMix co-founder Tim Lewis up for the popular game show Who Wants to Be a Millionaire. He appeared on the 12th season of the show and walked away with $100,000. This money helped the couple fund their first venture.

In 2015, CurlMix was born. The brand started as a do-it-yourself subscription box and transitioned into a hair care line for curly hair. After earning their first $1 million in sales in 2018, the couple appeared on ABC’s show Shark Tank. Investor Robert Herjavec offered the couple $400,000 in exchange for 20% of the company but the numbers didn’t match their expectations.

“Having the conversation about what we were willing to accept the night before pitching was like deciding whether or not to have children. We knew that CurlMix would be huge one day and we treated each percent like a million dollars. It was a hard conversation. It involved numbers, emotions, and a lot of research,” says Lewis.

Listener Brands, the parent company of CurlMix and 4C ONLY, is giving consumers a chance to unlock generational wealth through their equity crowdfunding campaign. Although there is no guaranteed return on investment, this opportunity allows consumers to get in early and benefit from the company’s potential growth.

Typically, investors would have to be considered accredited in order to make certain investments. But the rules around investing in small companies changed in 2012. Obama signed the JOBS Act, making it easier for companies to raise capital from their community.

“Many of us spend years supporting companies with our hard-earned dollars, but we see nothing for it when the brand eventually sells, transferring the wealth outside of our community,” says Listener Brands CEO and Co-Founder, Kim Lewis in a statement. “Our goal is to create opportunities for our community to increase their wealth. Our vision is to change the narrative of what ownership looks like. We aim to become the first Black-owned publicly-traded beauty conglomerate.”