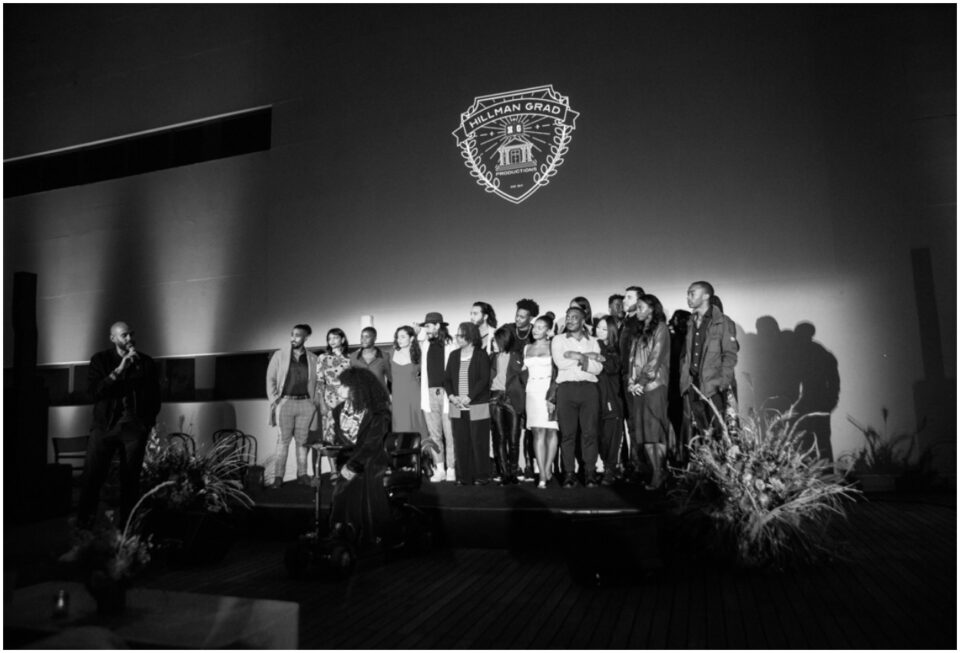 Hillman Grad Productions, a development and production company founded by Lena Waithe and Rishi Rajani, committed to creating art that redefines the status quo and providing a platform for BIPOC and underrepresented voices across all mediums, is once again kicking off The Hillman Grad Mentorship Lab.

In its second year, the lab will be spearheaded by Program Director Lacy Lew Nguyen Wright, Program Administrator and Advisor Justin Riley, who will handle day-to-day operations under the direction of CEO Lena Waithe, President of TV/Film Rishi Rajani and Chief Operating Officer Ericka Pittman. The mission of the initiative is to provide opportunities for marginalized creatives to connect, grow and accelerate their career in television and film.

The 8-month, tuition-free program offers mentees the opportunity to enhance their creative skillset through personalized instruction from industry professionals, creating additional pathways to bring more people from diverse backgrounds into the entertainment industry. Committed to infusing new narratives and perspectives in front of and behind the camera, The Hillman Grad Mentorship Lab provides a robust slate of workshops, educational resources, professional development and networking opportunities for a cohort of diverse writers, actors and aspiring creative executives. Tracks include television writing, screen acting and executive development, instructed by Carolyn Michelle Smith (Co-Director of Acting Track), Behzad Dabu (Co-Director of Acting Track) and Michael Svoboda (Director of Writing Track), among others.

As an extension of the production company, the lab is a piece of the larger puzzle that is creating a sustainable pipeline of talent across film and TV (with plans to expand into other spaces including music, publishing, fashion, and more). Program participants have a chance to work with and directly interact with an impressive list of guests that includes actors, directors, casting directors, editors, union reps and publicists. Many of the names on the list are integrated with the company at-large, whether through a project, a client, or a partnership — even some started as part of the inaugural class and have already taken on positions within the HGP ecosystem. Almost all these guests are from underrepresented communities just like the mentees themselves. Previous guests have included Cynthia Erivo (The Color Purple), Kendrick Sampson (HBO’s Insecure), Carmen Cuba (Casting Director, Netflix’s Stranger Things) and Femi Oguns (CEO, Identity Agency Group), among others.The Hillman Grad Mentorship Lab initially launched in December 2020 and was highly successful with more than 4,500 BIPOC filmmakers applying to the program. The initial session wrapped up in November 2021 with a showcase event on the rooftop of Neuehouse Hollywood, featuring screenings of the acting mentees’ tapes and live table reads of writing mentees’ scripts cast with professional actors. Copies of all mentees scripts, monologue tapes are available on the Hillman Grad website.

– Writing Mentee Tea Ho (she/they) was hired as a writer’s assistant on the new HBO and A24 series adaptation of Viet Thanh Nguyen’s national best-seller The Sympathizer.

“Since the inception of Hillman Grad, it has been our ultimate goal to break down barriers to entry into Hollywood for new and diverse artists, while also ensuring they are paid for their art. The program was built around the idea of an informational coffee meeting. Many up and coming filmmakers were reaching out for advice and insights, and as that demand grew, we knew that there was a gap in the industry for a program like this — one that offered mentorship in an organized way, while keeping the essence of an intimate, one-on-one connection at its core.”

They continued, “Our showcase this past year was a beautiful testament to the work of these talented individuals who met for multiple sessions to focus on their craft, learn together and grow together. Off its success and the astounding number of jobs it led to for these artists, we are excited to see what another year of the program brings,” said the executive team at Hillman Grad.

Applications are currently open and are due Feb. 11. Finalists will be notified at the beginning of March, with The Mentorship Lab beginning on Mar. 12.