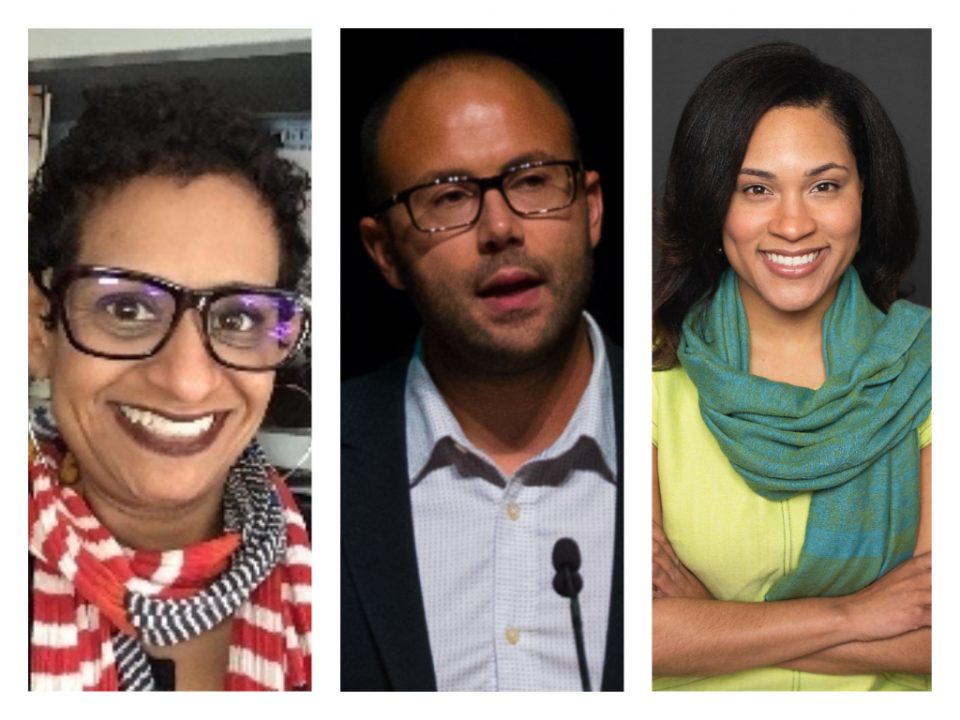 HistoryMakers is the nation’s largest database for black stories. The national nonprofit research and educational institution committed to preserving and making widely accessible the untold personal stories of both well-known and unsung African Americans. As a part of that mission, the organization houses The HistoryMakers Digital Archive program, which recently announced its 2020 Awardees who will be contributing the archive.

This year’s awardees are forces to be reckoned with. Each of the storytellers and historians highlight and explore complex issues within the community—both past and present. Each of the projects adds diverse stories to the archives ranging from self-preservation within black civil rights movements to the history of African American gay and lesbian politics—and so much more in the categories of Academic Research, Digital Humanities, and Creative Studies.

Project Description: This second book project aims to examine practices of “self-care” in Black (and people of color) activist and organizing communities from early civil rights through the Black Power era. The project seeks to identify discourses and artifacts of ways in which individuals and groups theorized, articulated, and practiced self-sustainability and care in struggles for economic, racial, and gender equity and justice. It will examine early racial and economic justice movements like black laundresses who mobilized for pay equity in post Reconstruction Atlanta, Ida B. Wells and early NAACP’s anti-lynching campaigns, through movements of the Black Power era, inclusive of an array of organizations from the 1950s through the 1990s.

Project Title: I Am a Revolutionary: The Political Life and Legacy of Fred Hampton

Project Description: I Am a Revolutionary is a biography of the life and political afterlife of Fred Hampton, the brilliant organizer and leader of the Illinois Black Panther Party, who was murdered by the FBI and the Chicago Police Department in 1969 at the age of twenty-one. The book explores Hampton’s maturation from child of the Great Migration to youth organizer to his emergence as one of the leading lights of the Black Left in the United States, and also examines the enduring nature of his memory and legacy. In so doing, it winds through the larger ecosystems of post-World War II-era Chicago and America, the long Black freedom struggle in the United States, and the nature and necessity of interracial solidarity and struggle.

Project Description: The African American Scientists: Strengthening a New Wave of Hope and Inspiration in Youth research project analyzes uncovered motivating factors that can facilitate and support the achievement of vulnerable youth in science through examining select dimensions of interviews housed in

The ScienceMakers Digital Archive. The project qualitatively examines intersections of scientists’ professional and personal identities; expectations, persistence and enhancement of self-efficacy; personal and family histories; and moments that reveal inspiration. Emergent themes detailing scientists’ means of support, culture, and impactful experiences are utilized creatively in the development of curricular tools that embed the African American scientists’ lived experiences into culturally responsive pedagogical resources. Through engaging in activities that underscore the sociocultural influences in science teaching and learning, and examining individual “case studies” of select ScienceMakers in this manner, a prototype is forged, providing for a holistic and realistic interpretation of the experiences had and contributions made by African American scientists.

Project Title: Queer Visions of the Black Past: A History of African American Gay and Lesbian Politics, 1970-1989

Project Description: This dissertation examines how changing attitudes toward gender and sexuality shaped the scope and direction of black activism in postwar urban America. Centering the lives and experiences of black gays and lesbians, this project investigates how a vanguard of black queer and feminist activists developed and mobilized a unique political practice in their individual and collective efforts at contesting sexual discrimination and antiblack racism while advocating for better housing, education, and employment opportunities in their communities. Using archival research and oral histories, this project illuminates how black queer activists used a diverse range of political strategies from grassroots activism to cultural production to forge new paradigms for understanding the relationship between race and sexuality. The project builds on and extends historical scholarship that has examined the gendered and sexual dimensions of black nationalist politics by examining how black queer advocates of black power challenged the forms of sexism and homophobia that undergirded prevailing expressions of black nationalism.

Project Description: Mapping Black Thought and Resistance applies the use of Black spatial and public humanities techniques for curating and reconstructing Black intellectual identity research through the historic preservation practices of the National Association of Black Social Workers, Inc’s National Repository at Morgan State University. The HistoryMakers Digital Archive provides accessible use of the largest collection of oral histories by Black thought leaders whose contributions have shaped remarkable American and African Diaspora events. Mapping Black Thought and Resistance advance pedagogical and epistemological stances of intergenerational knowledge through Black storytelling cultural traditions by repurposing the use of complex technology to create corrective narratives and representation of Black experiences towards self-determination and liberation. Working with a transdisciplinary team of Morgan State University faculty, staff, and students, as well as, external content experts, the overall goal is to produce an interactive ARcGis StoryMap of the Black Social Work Movement (1968-1978) and Hashtag Syllabus.

Project Description: What do comics tell us about community, culture, and identity? The Graphic Possibilities Research Workshop (GPRW) group at Michigan State University (MSU) believes The HistoryMakers database can be a vital tool to understand how black imagination has shaped modern culture. While Michigan State University has been home to several avenues of comics scholarship for many years (the MSU Comic Art Collection, a minor in comic art and graphic novels, the long-running MSU Comics Forum, and the Graphic Narratives Network), most recently, the GPRW has centralized critical questions concerning identity and representation in comics through digital means. To this end, over the past year the GPRW at MSU has developed a collaborative Comics Library Guide as an Open Educational Resource (OER) centered around the Comic Art Collection, a collection of over 300,000 items including American and international comic books and comic strips, along with “several thousand books and periodicals about comics.” This Comics OER will serve as an introduction to working with the Comic Art Collection, but more importantly, it is a public-facing, foundational resource that serves students, educators, and scholars invested in Comics and Popular Culture Studies. In this latter capacity, the OER will include a number of videos and resources from The HistoryMakers, including, but not limited to interviews with readers and creators of comic books and graphic narratives.

Project Title: One of a few: Performing Black Experiences in America’s Appalachia

Project Description: This project proposes a devised theater and dance performance focusing on Black experiences in the Appalachian region, foregrounding the role of Black Appalachians (Affrilachian) and African Americans in resisting discrimination in the U.S. at large. One of a few: Performing Black Experiences in America’s Appalachia is committed to stimulating discourse around identity, activism and artistic practice. The performance process carefully considers the role of archives in dramaturgical approaches to Affrilachian performance. During rehearsal, director Yunina Barbour-Payne will draw from The History Makers Digital Archive interviews based in the Appalachian region to foster spaces for cultural exchange. The process will involve exposure to Black Acting Methods, Affrilachian art forms and advocate for theater-making as a tool for activism in and outside the rehearsal room.

Project Title: Dinner at My Body

Project Description: Dinner at My Body is a hybrid poetry and graphic short story collection that explores the relationship between self-image and food in Black communities. Using personal anecdotes, interviews, and archival sources as anchoring documents, this creative work demonstrates the many ways in which discussions surrounding food and food production impact self-narratives. Food exists as a mode of celebration, an act of labor, insecurity, frustration, a political-tool, an item of scientific inquiry, tradition, rite, a religious experience, an item of mockery, joy, a racially and ethnically coded object, an entry point from which to think of one’s own body, and more. Jointly, image and verse paint an honest and intimate portrait of body-food.

Congratulations to all of the HistoryMakers!