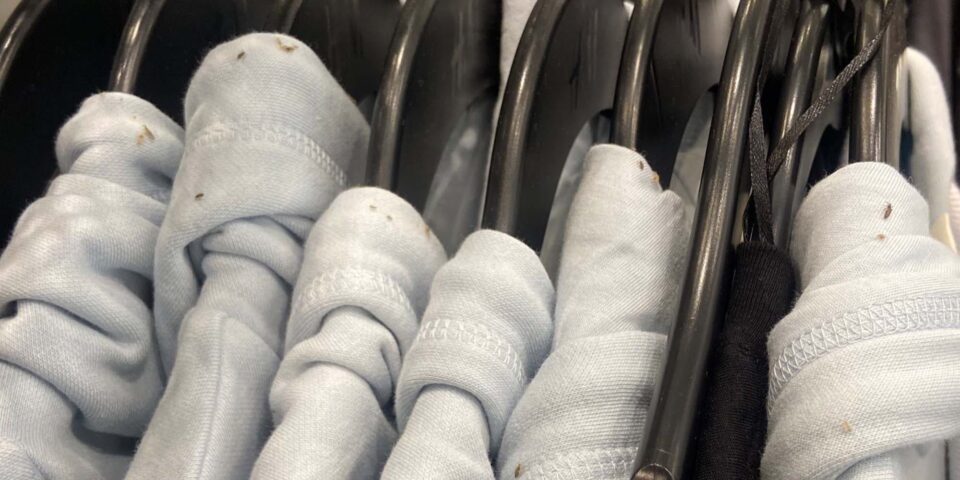 An employee at H&M’s World Trade Center location in New York tweeted that a customer discovered lice on the clothes on the store. Others debated and said it was bed bugs since lice are tiny.

After alerting managers to the issues, instead of closing the store, they simply roped off the section, according to an employee. That prompted the women to air out the clothing brand‘s dirty laundry on Twitter Wednesday. The H&M employee shared photos of the bugs literally crawling on clothing in the store.

I work at the H&M in the Oculus at World Trade & today a customer discovered lice on a rack of hoodies. They’re not closing the store nor are they notifying employees of the problem. The section was just blocked off. pic.twitter.com/eAIlOxfmJu

The post led to a flurry of negative comments, tearing down the brand for its unsanitary conditions and not closing the store for the outbreak. The employee made it a point to say this was the first time she has witnessed insects on clothing and that they weren’t on display long because they receive new shipments everyday.

An H&M representative told the Daily Mail the store is taking the matter seriously and has closed the store to sanitize it .

“We take customer and employee safety extremely seriously,” the representative said. “Out of an abundance of caution we have closed the H&M store at Westfield World Trade Center in order to investigate fully.”

The comments left in @Madesonee”s post began a discussion on exactly what creatures were crawling on the clothing. Many insisted it was actually bed bugs that were on the clothes and lice are too small for humans to see with the naked eye and typically don’t stay on clothing.

“Oh no those are bedbugs, but awful either way! Someone prob tried on clothes and transferred them into the store,” one response read.

Many who responded suggested those who visited the store to change immediately upon going home, throw the clothes into a disposable bag, transport the clothes to a dryer and put it on the highest setting.

According to the CDC, body lice can live on clothing and bedding used by infested people.