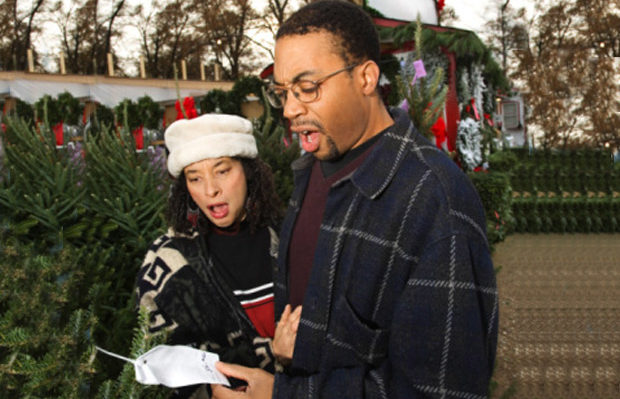 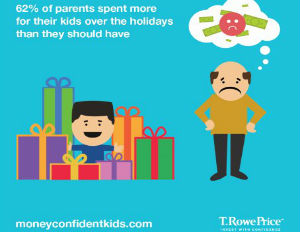 If you ask most parents what they want to teach their kids about the holidays, few would say they want their kids to learn to sacrifice long-term financial security for a short-term rush from a gift that will likely be outdated and unused a few months after it’s received.

Yet, a study by T. Rowe Price finds a surprising number of parents are doing just that. In the company’s 2015 Parents, Kids & Money Survey, which sampled 1,000 parents nationally who had 8- to 14-year-olds, 62% of those surveyed said they spent more for their kids over the holidays than they should have. Okay, many parents are guilty as charged on that front, but the sources of spending is what analysts find troubling.

“Our long-term goals, such as retirement savings and having an emergency fund, should always take priority over anything that is presented with a bow and purchased during a Black Friday sale,â€ says Stuart Ritter, CFPÂ®, a senior financial planner at T.Â RoweÂ Price.

Behavioral finance experts and financial planners acknowledge that the holidays trigger challenging emotions. For example, overworked parents may unconsciously try to make up for not spending as much time with their children as they would like to by purchasing elaborate gifts, but parents should also remember that they are their children’s most impactful role models when it comes to financial behavior.

“Kids will always have long wish lists, and it’s good for them to know that there isn’t enough money in the family budget to cover everything. Challenging them to prioritize their wants and make trade-offs is essential to helping them develop critical financial capabilities,â€ says Ritter.

“It’s always tempting to splurge around the holidays, but parents aren’t doing themselves or their kids any favors by overspending. We’re all inclined to be more generous this time of year, and it’s important to be mindful of the financial trade-offs we’re making and stick to a budget that aligns with our priorities,â€ he adds.