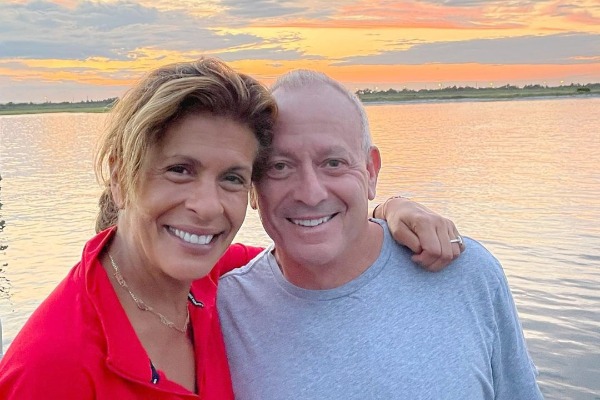 After eight years together, adopting two daughters, and more than two years of being engaged, Hoda Kotb and Joel Schiffman decided to call off their engagement.

On Monday, the Today co-host announced the breakup news on the show.

“Joel and I have had a lot of prayerful and really meaningful conversations over the holidays, and we decided that we’re better as friends and parents than we are as an engaged couple,” Hoda said on “Today with Hoda & Jenna.”

“So we decided that we are going to start this new year and begin it kind of on our new path as loving parents to our adorable, delightful children and as friends.”

Kotb and Schiffman got engaged during a tropical vacation in Mexico in November 2019. The couple wa planning their wedding but had to put it off twice because of the pandemic.

Last October, Kotb revealed her surprise at how supportive Schiffman was about her desire to adopt children.

“I looked him in the eye and I said, ‘I would like to explore adoption with you.’ And there was like a second in there, I was like, ‘This is the end of a relationship or the beginning of a family,’” Kotb shared on the Me Becoming Mom podcast.

“I said, ‘I chose right. I chose a man who chose my happiness over his convenience maybe in that moment,’” Kotb added.

Kotb and Schiffman share their two daughters Hayley Joy, 4, and Hope Catherine, 2, who they plan to continue co-parenting together, Page Six reported.

She claims it wasn’t one incident in particular that led to the decision.

“I shared the adoption of my children, all the joy and all the beautiful parts, and then the difficult parts sometimes you just want to forget about, you want to erase them, you don’t want to share them, because that’s not part of a pretty picture,” she added. “But I think a lot of women know what this feels like in this moment, to be changing course in life, and I feel really brave in this moment, I really do.”

Noting how much of a “great guy” Schiffman is, Kotb said she feels better with living in her truth.

“To be able to acknowledge it and say to yourself, ‘OK, this is the path that we’re going to be taking from here on,’” she said. “That feels so much better. I feel better.”

“There’s nothing that relieves your soul more than when you tell the truth…if you’ve ever held something inside and not said it,” she added.